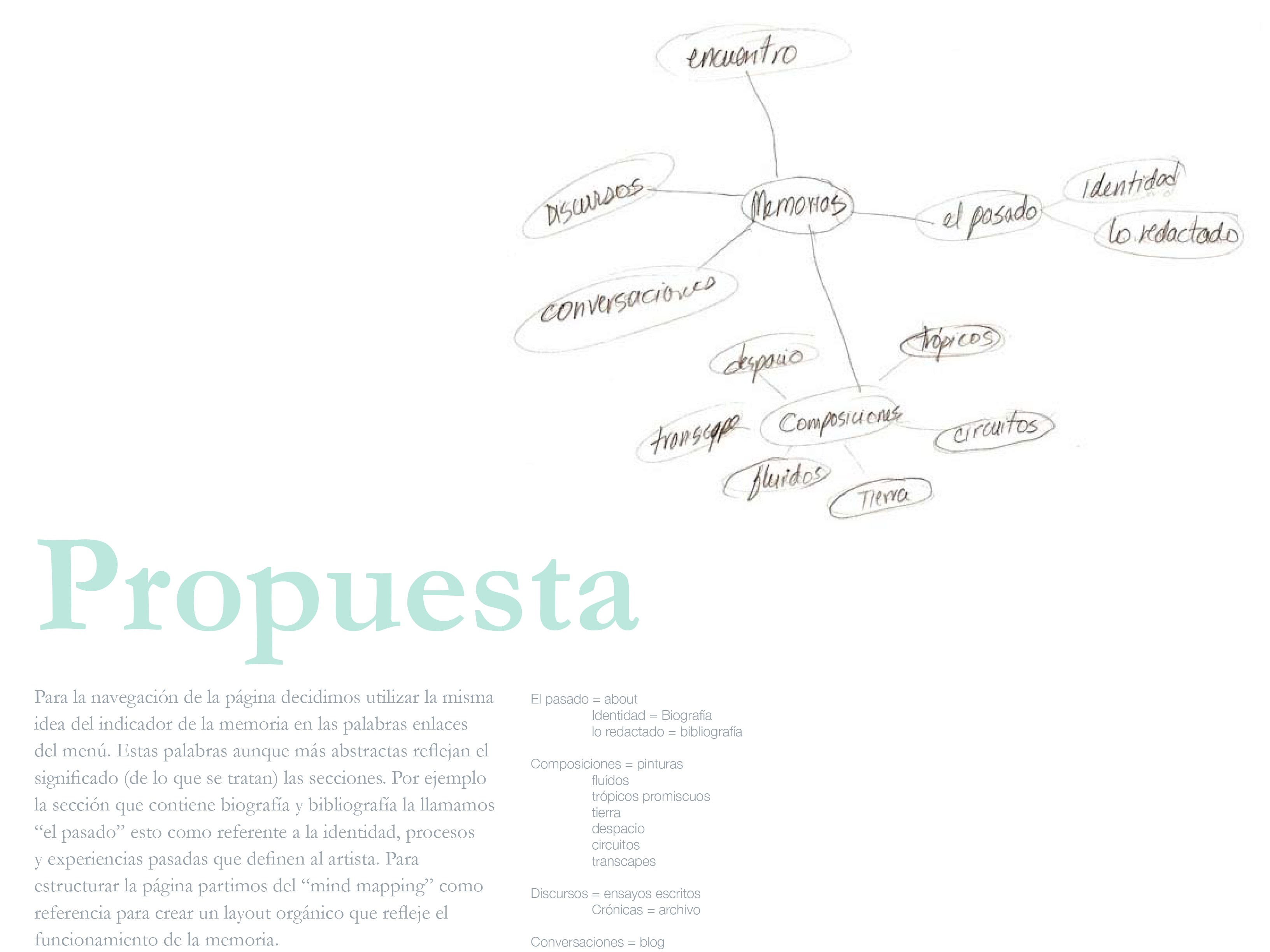 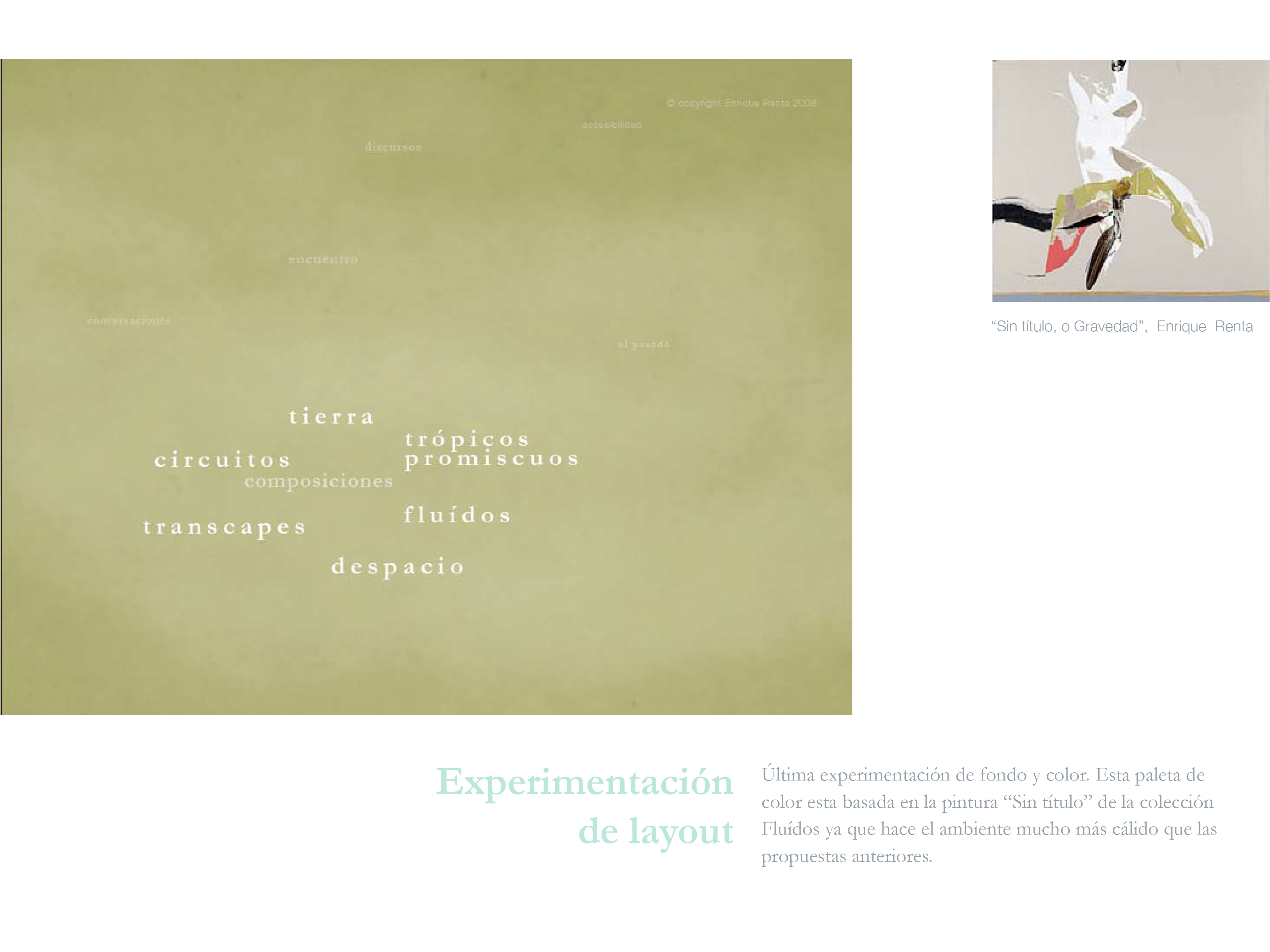 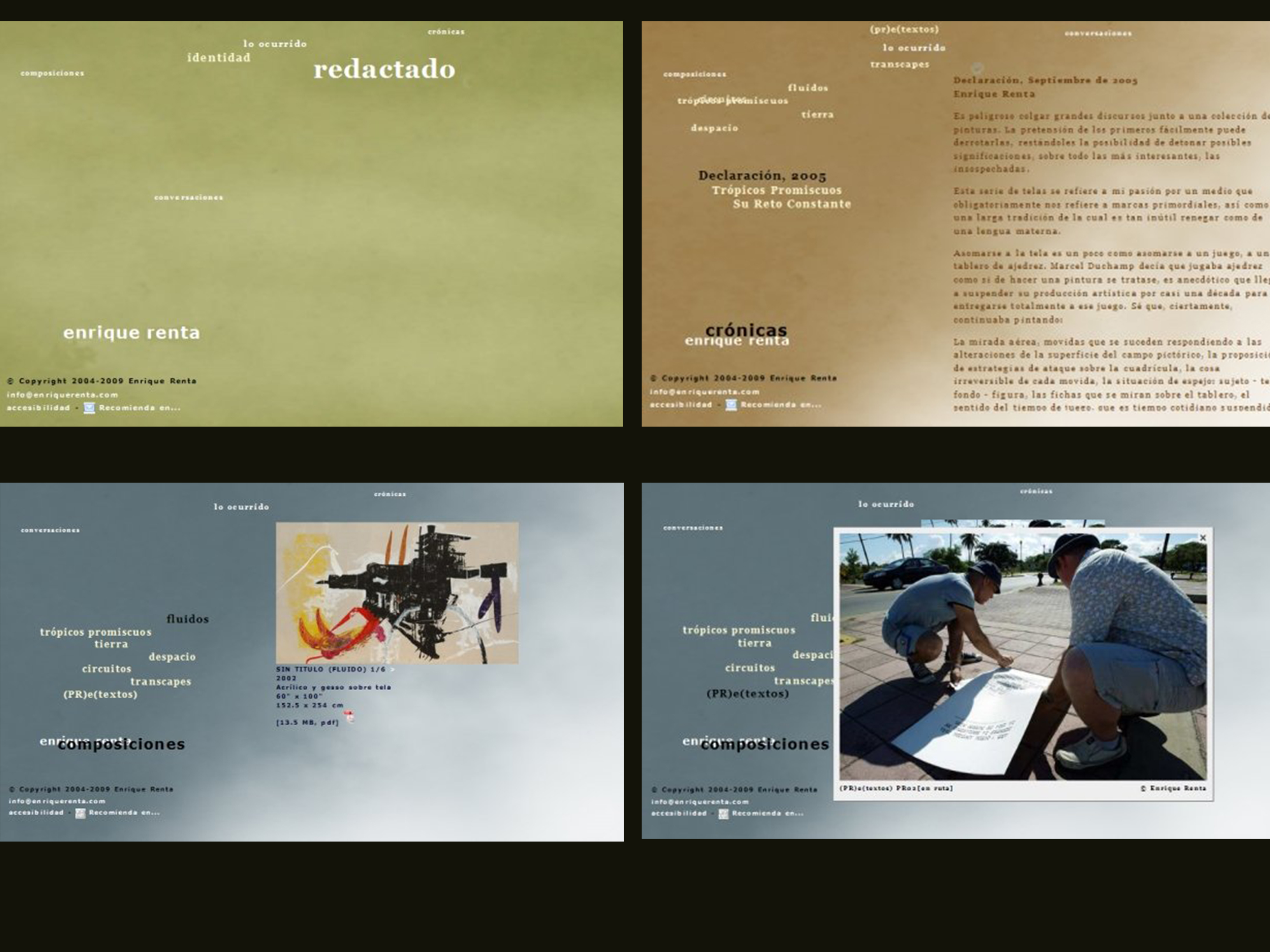 The client, Enrique Renta, is the creative director of ad agency DDB Latina Puerto Rico, and a painter.

He wanted a website that would serve as a painter’s portfolio as well as a blog.

We approached the task from a user-centered methodology and through an art, architecture and literature framework (2008).

The website was put together for artist Enrique (Kike) Renta to allow him to express his ideas in the form of a blog. It also serves an educational purpose and aims at documenting his painting practice. We worked from the concept of memory and how the memory of prior knowledge (clients and designers) fits in the process of creating new knowledge. O’Neill, as creative director, asked the designers to reflect about memory as metaphorical thinking, as in literature; Aleph, by writer Jorge Luis Borges, served as a visual reference for the website’s spiral menu design. Memory, as described by Italo Calvino in his book Invisible Cities, is “redundant, it repeats signs so that the city begins to exist.”

For the site’s navigation, we decided to use the same idea: poetic words / concepts to name each section. For example, the section containing the biography and bibliography was called “what happened,” as a reference to past experiences that define the painter’s life so far. To structure the site, we used the mind mapping concept, Paladino’s Villa Rotonda, and, of course, Borges’ story Aleph, as references to create an organic layout to reflect the performance of memory. The words in the main menu expand and move in a spiral manner when clicked on by the user.