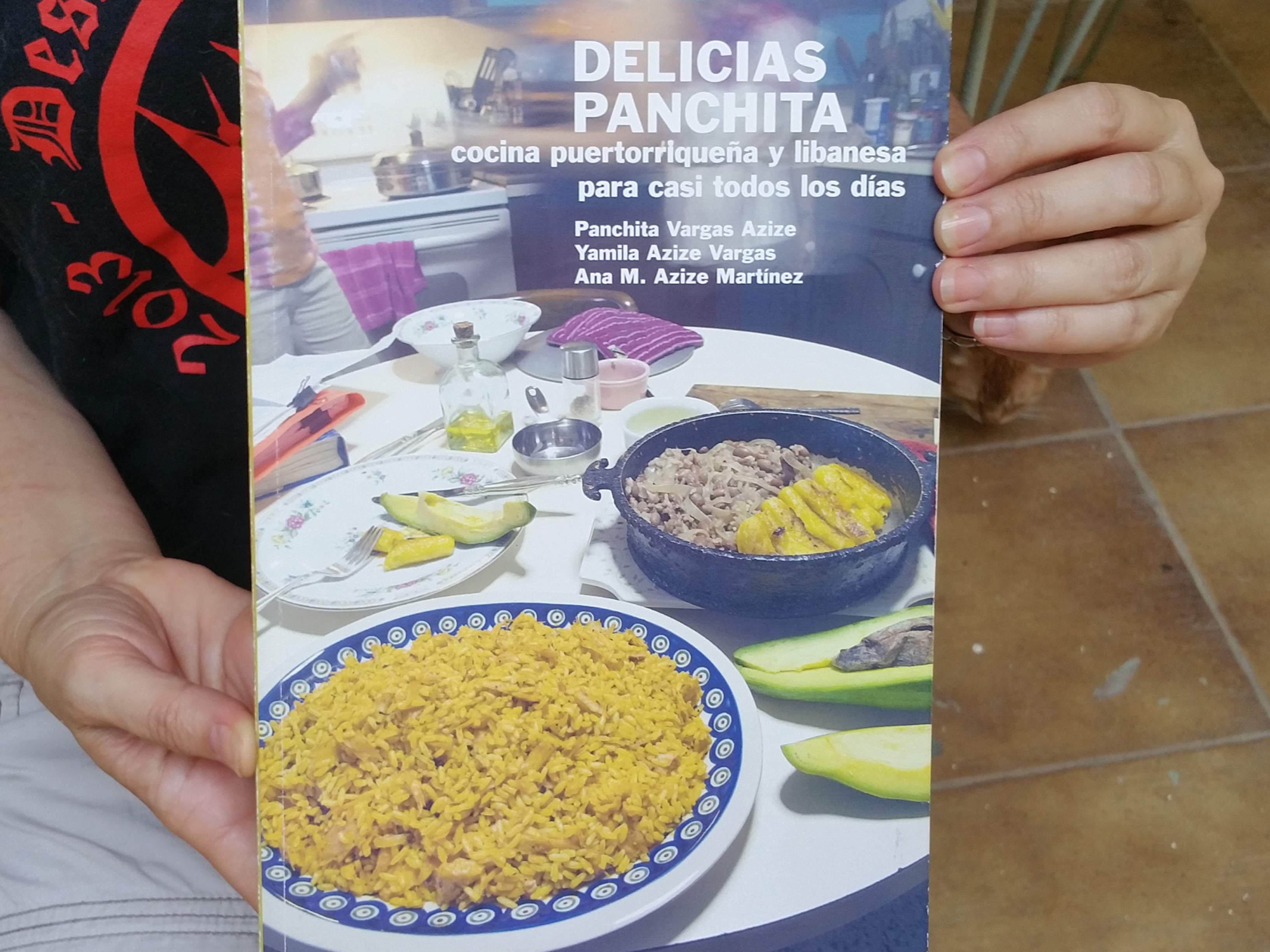 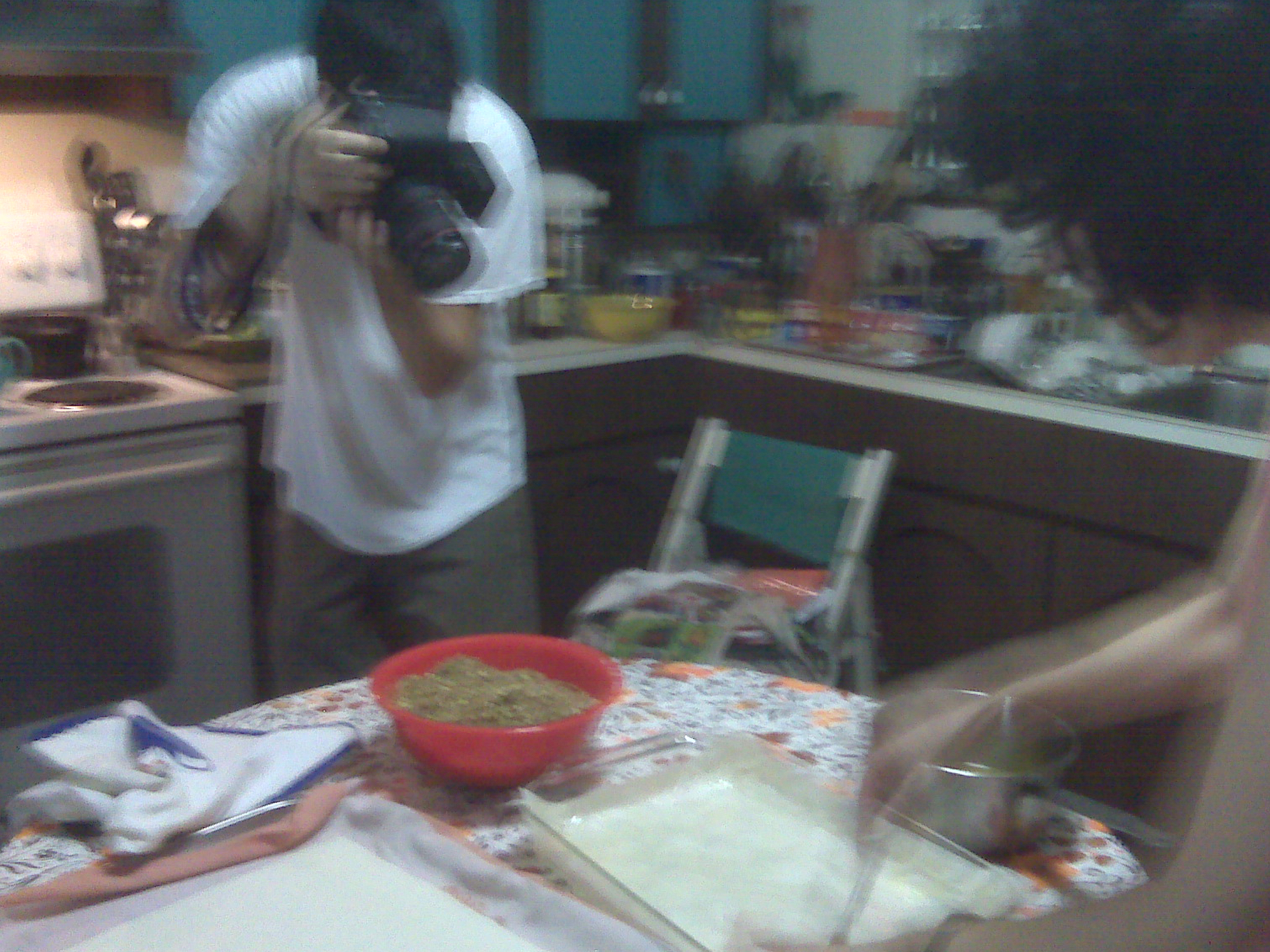 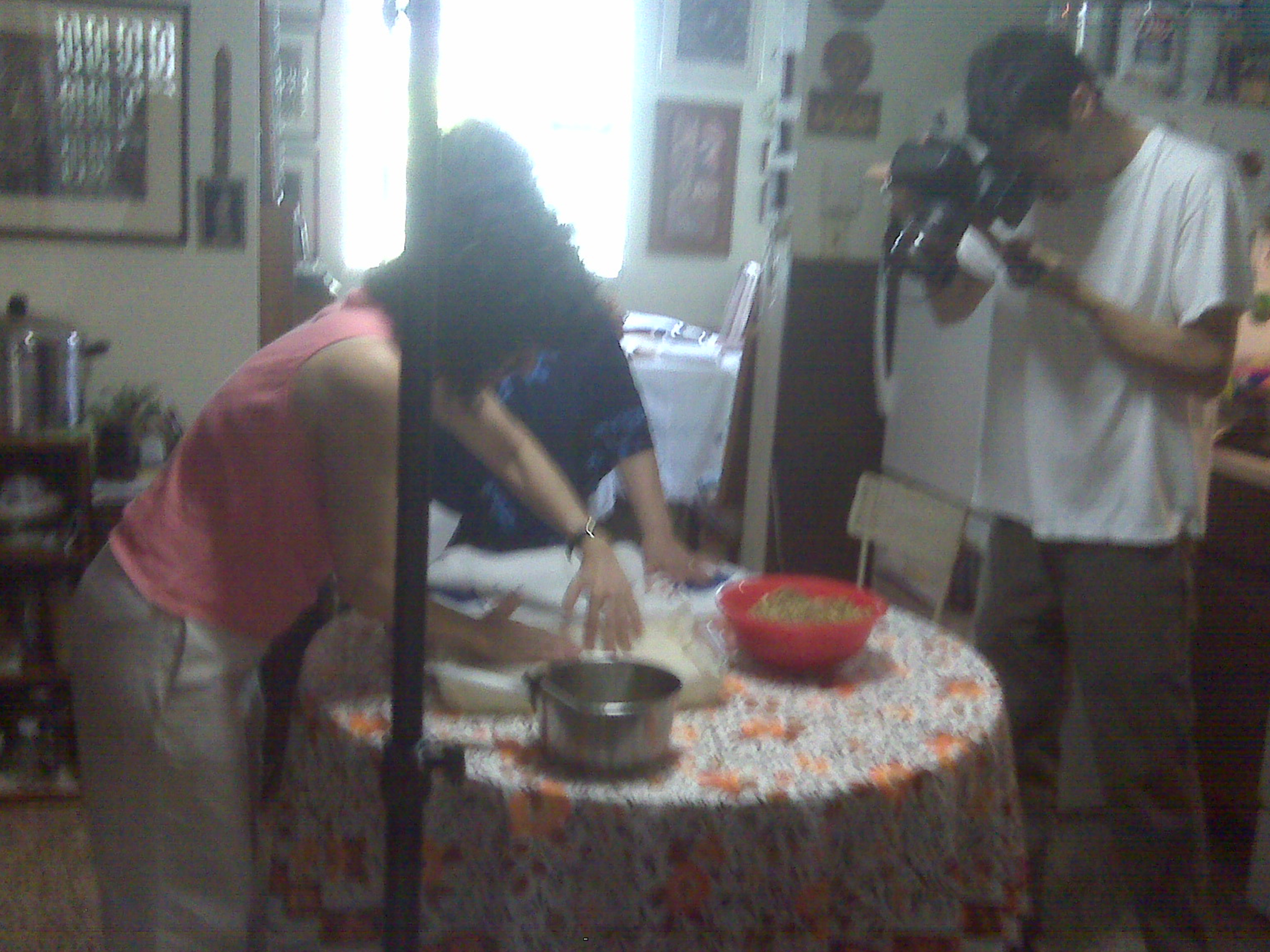 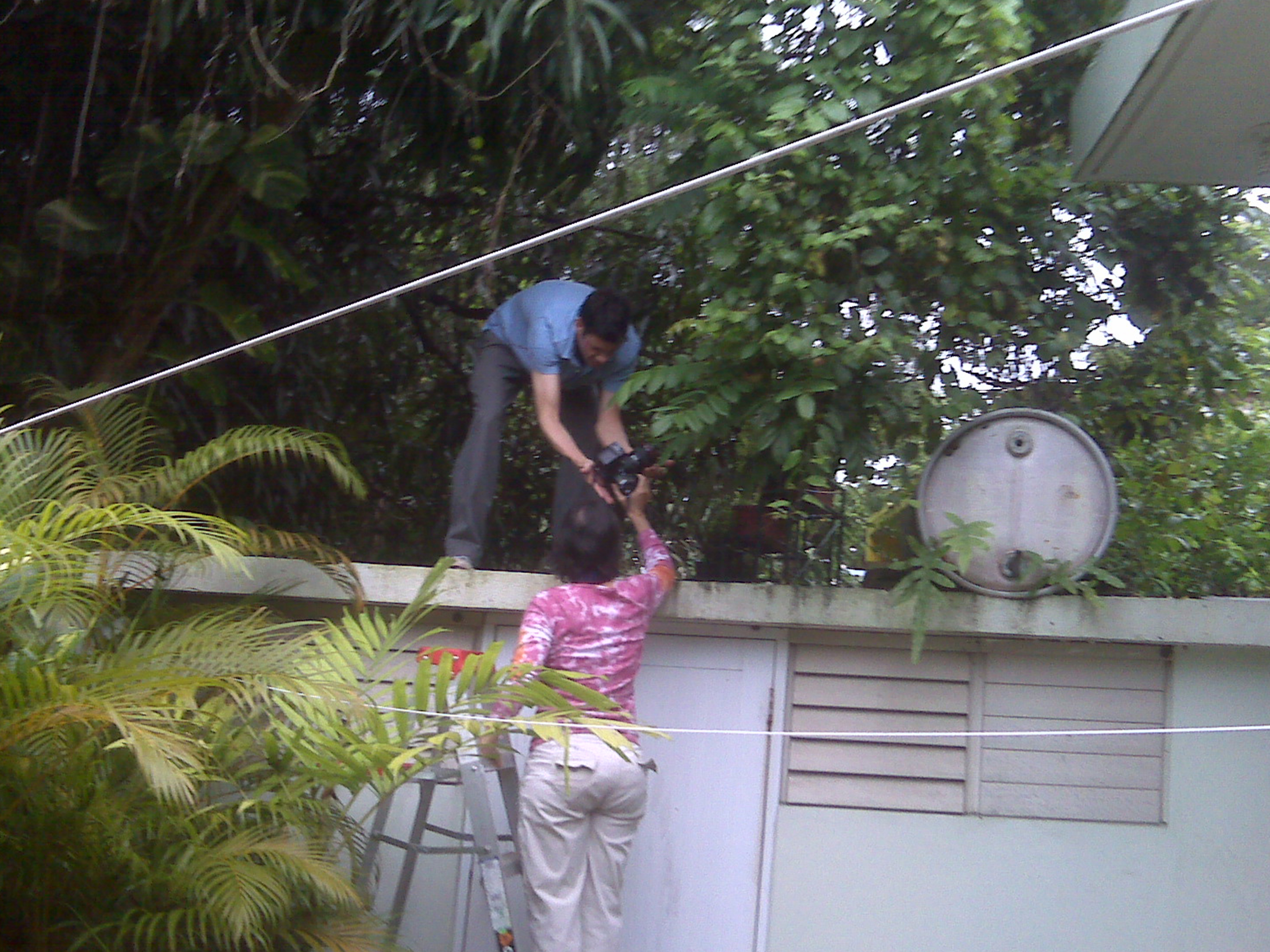 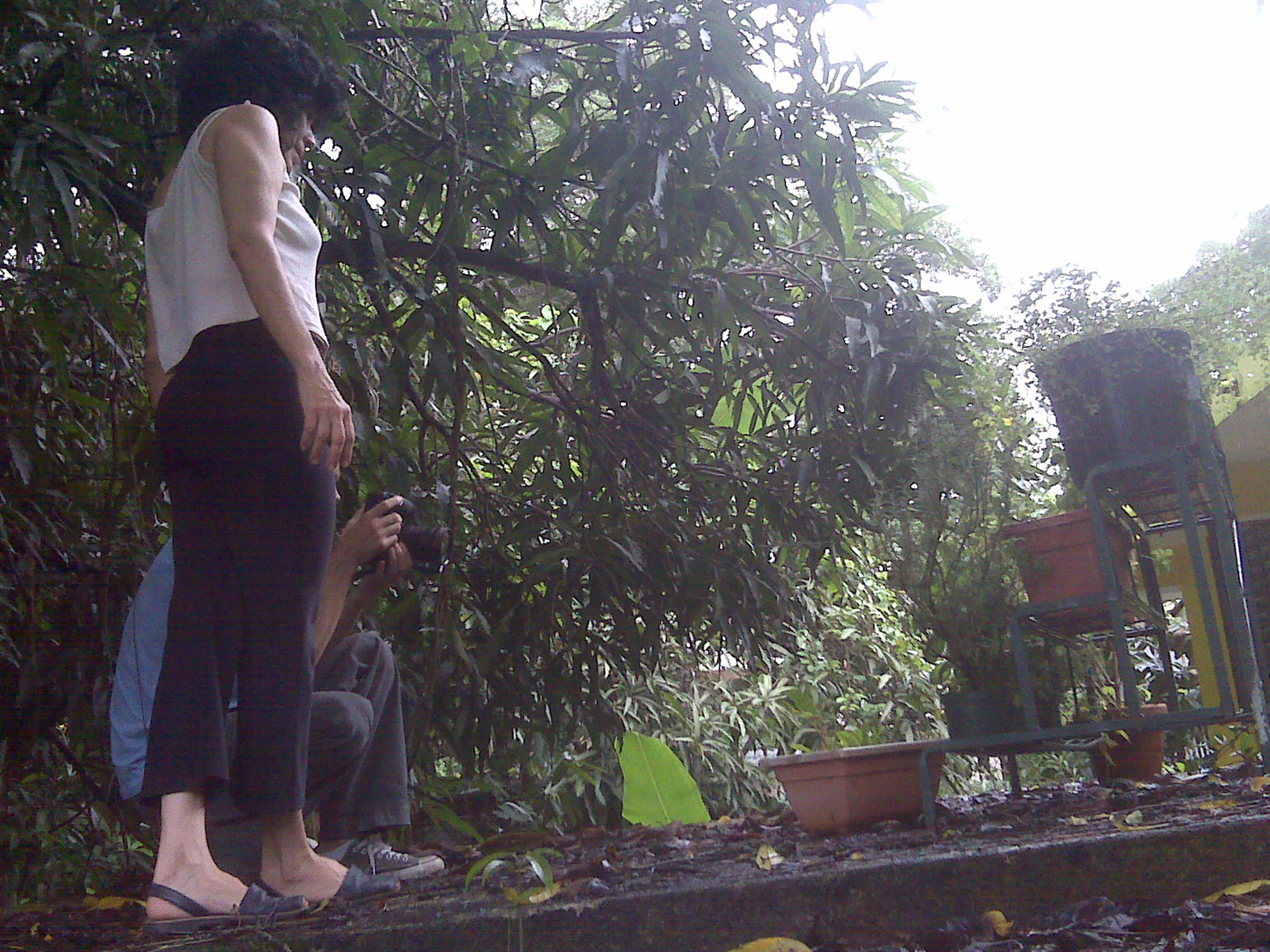 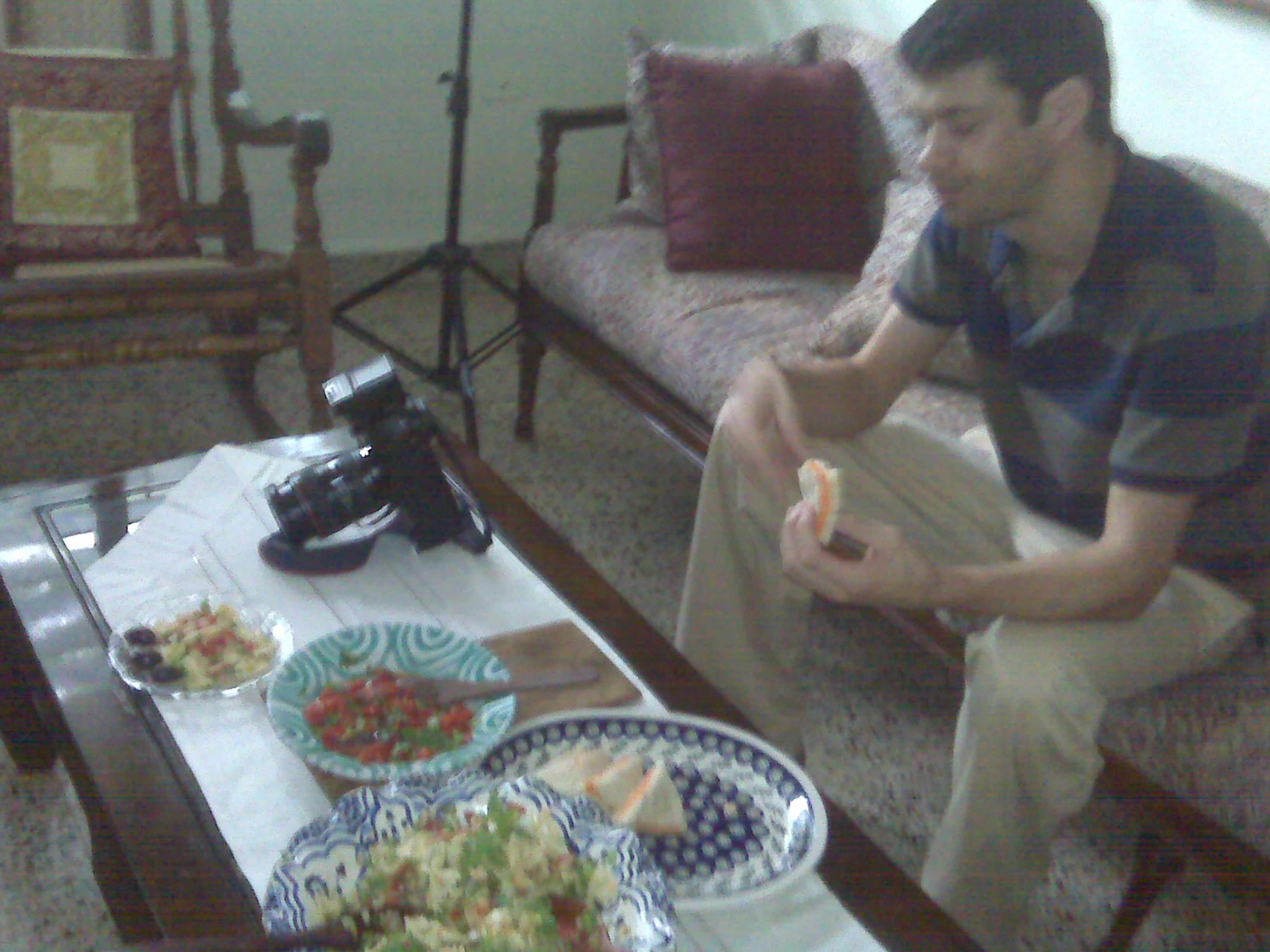 Photographer Talking and Eating with Clients 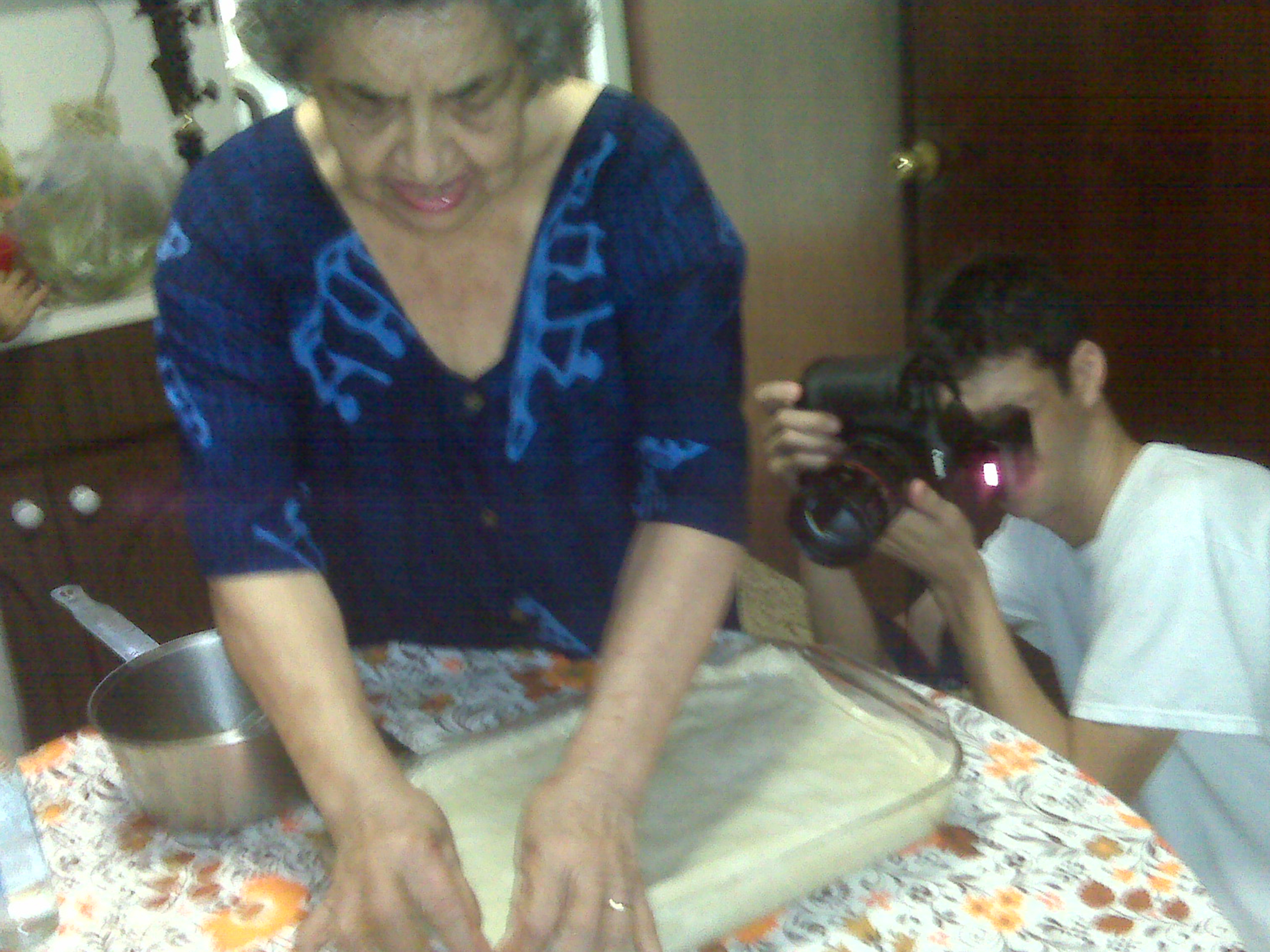 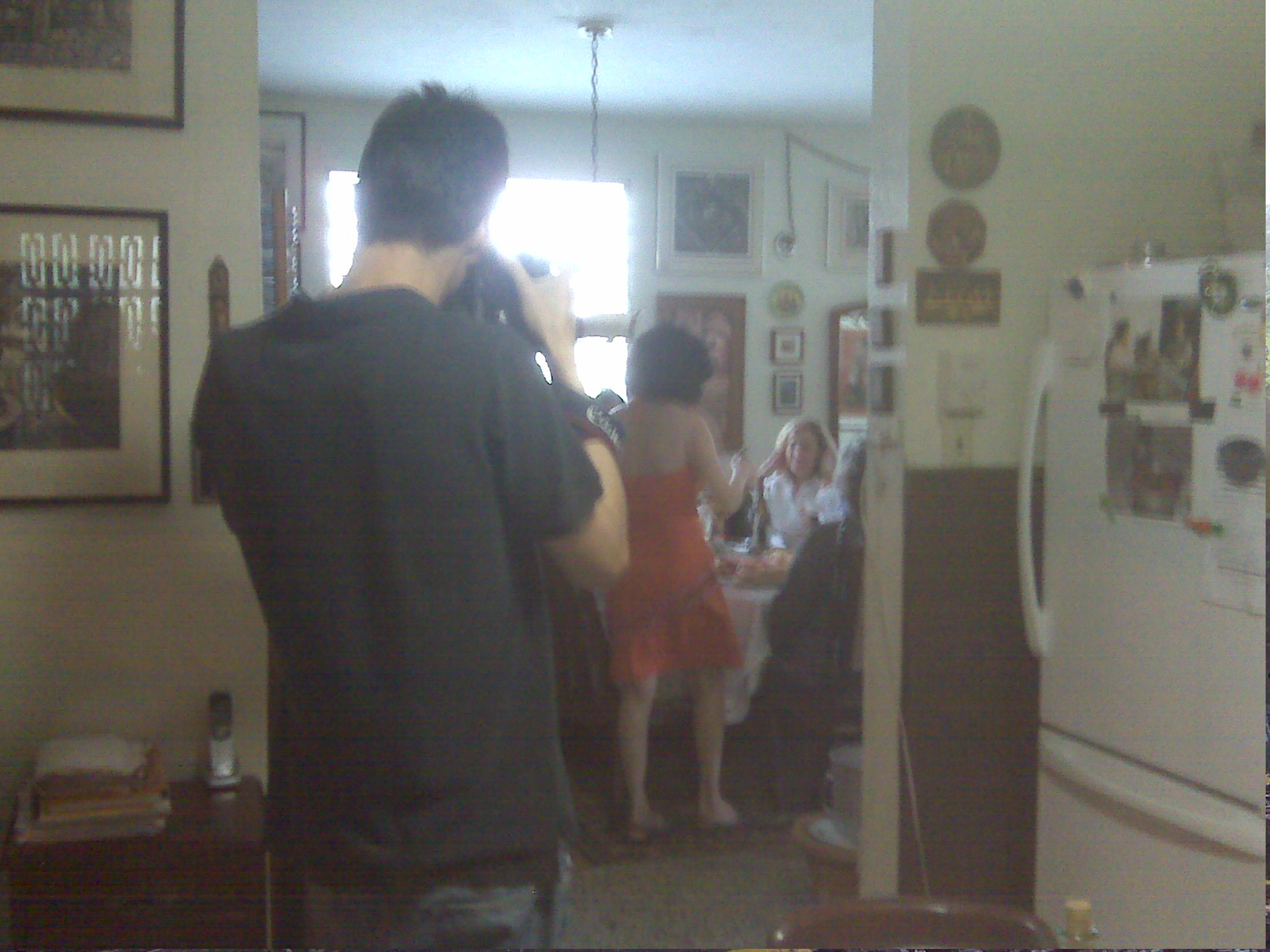 Mena at Work in Photo Session 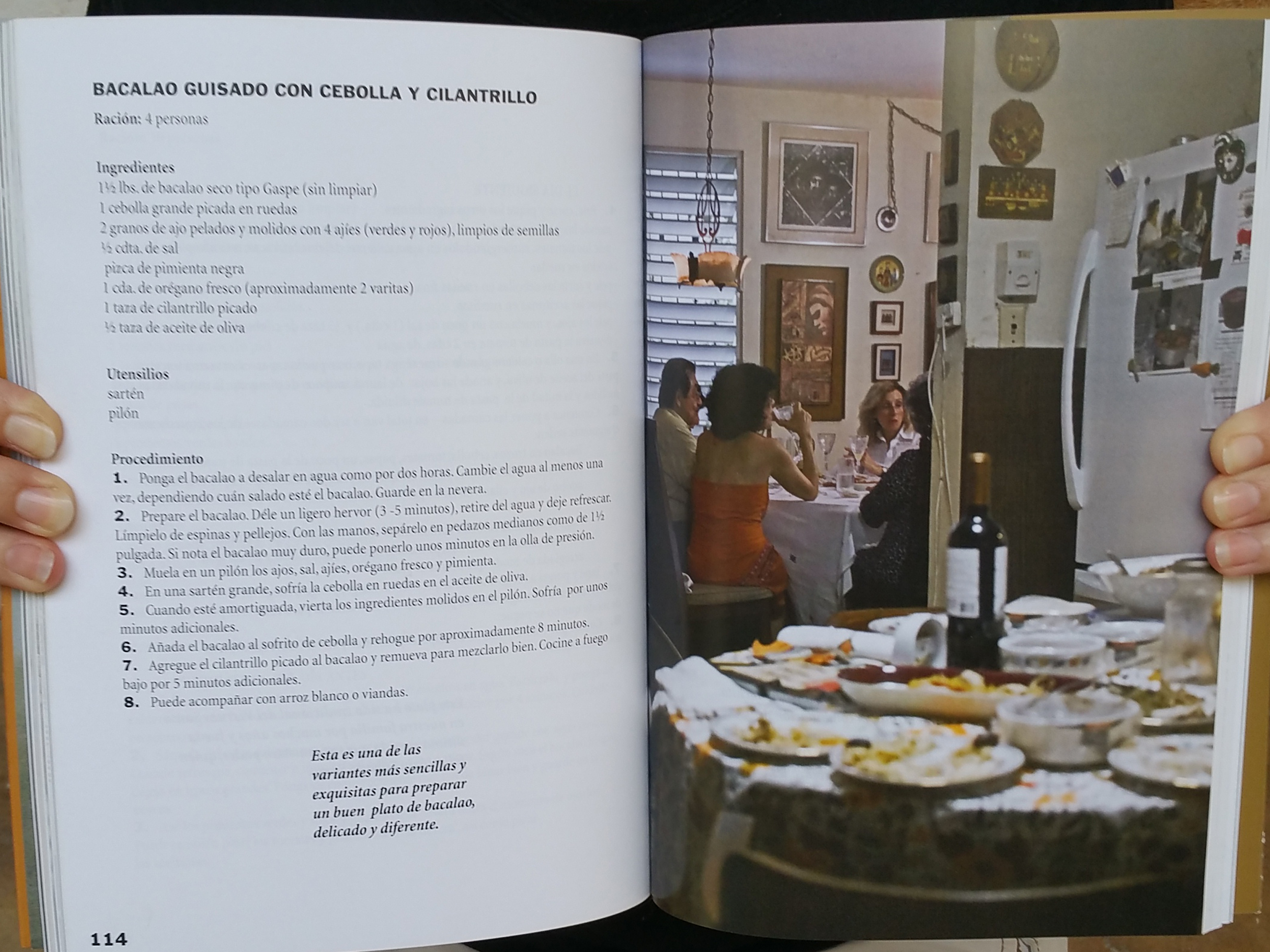 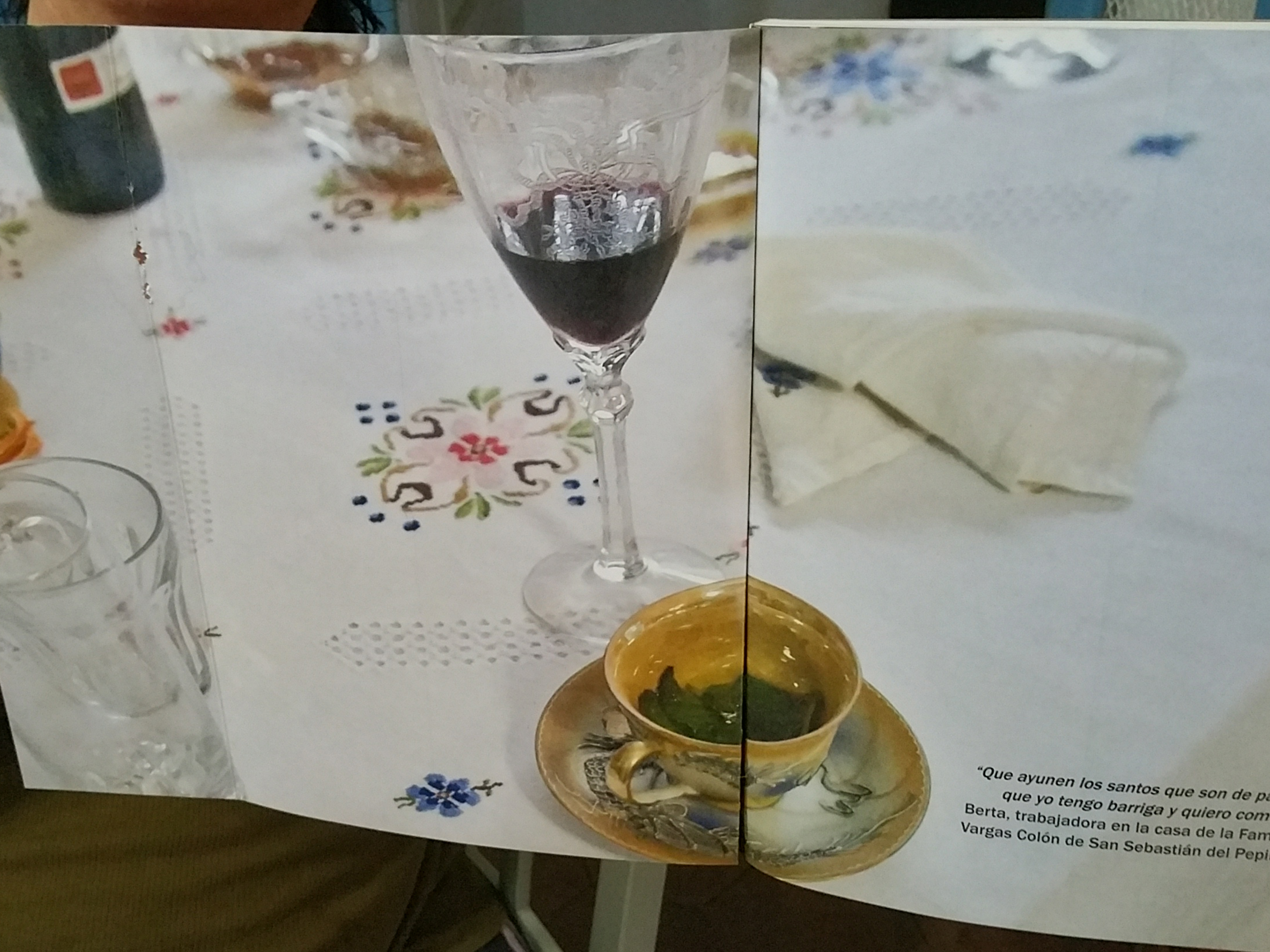 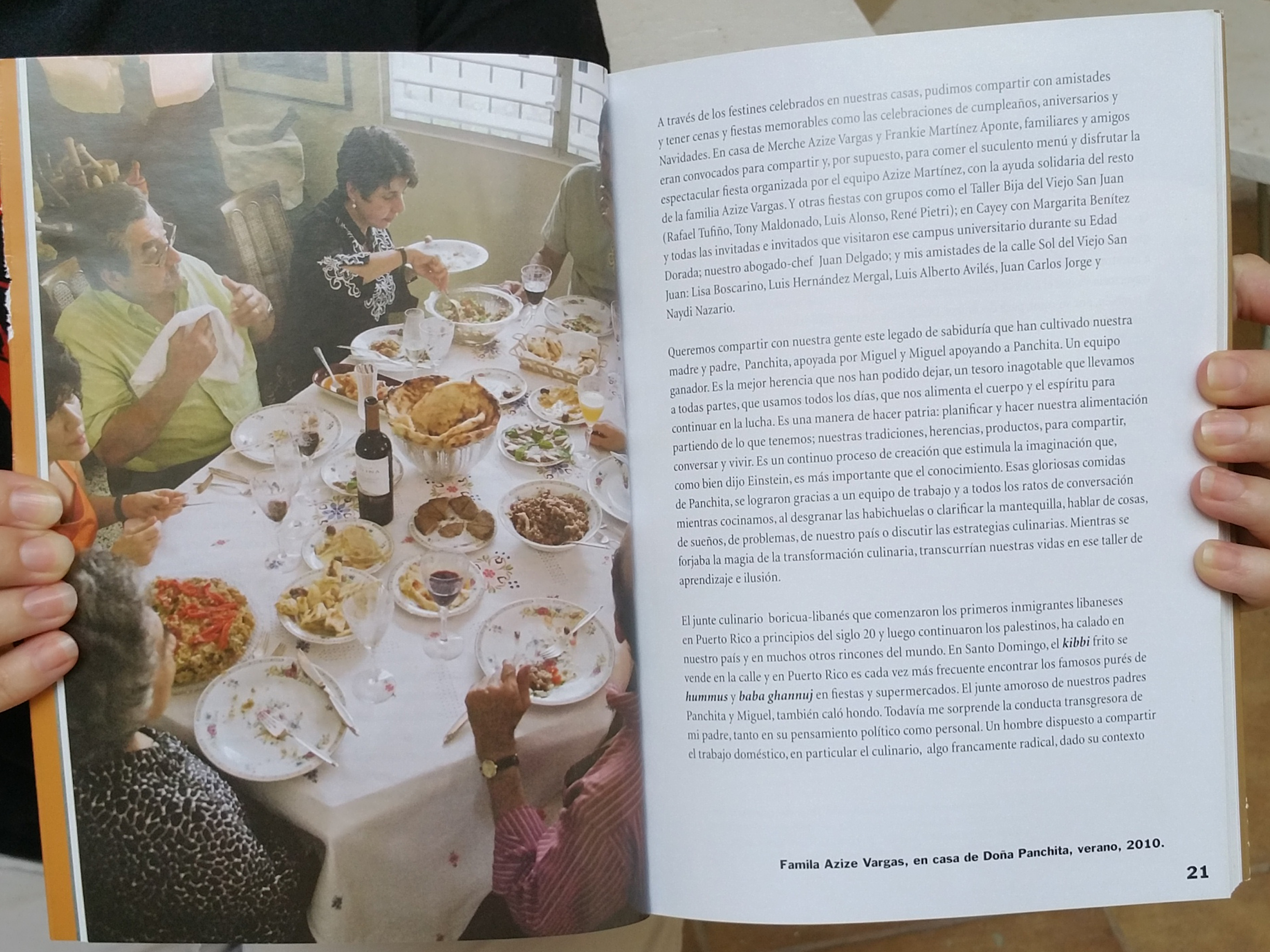 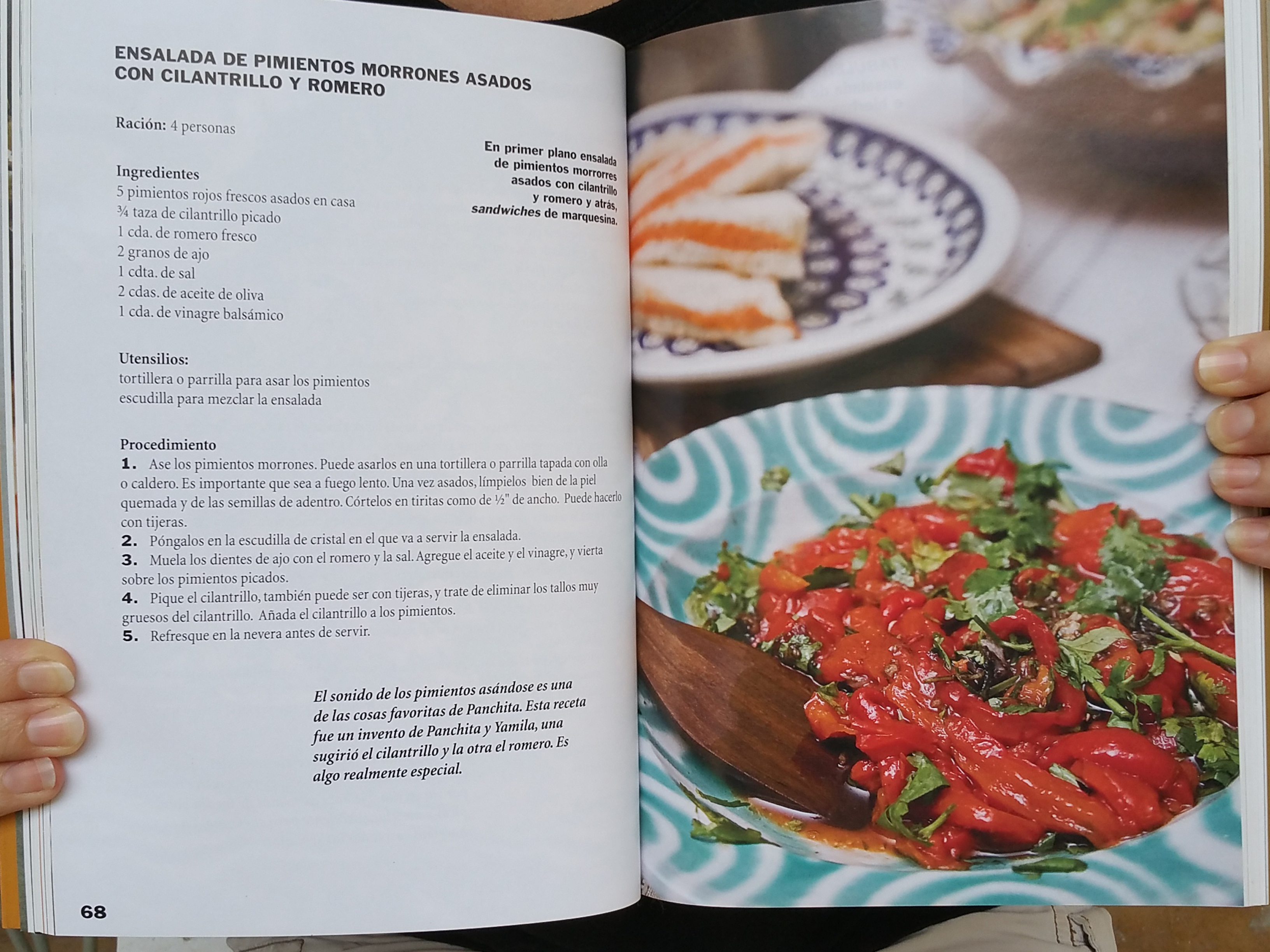 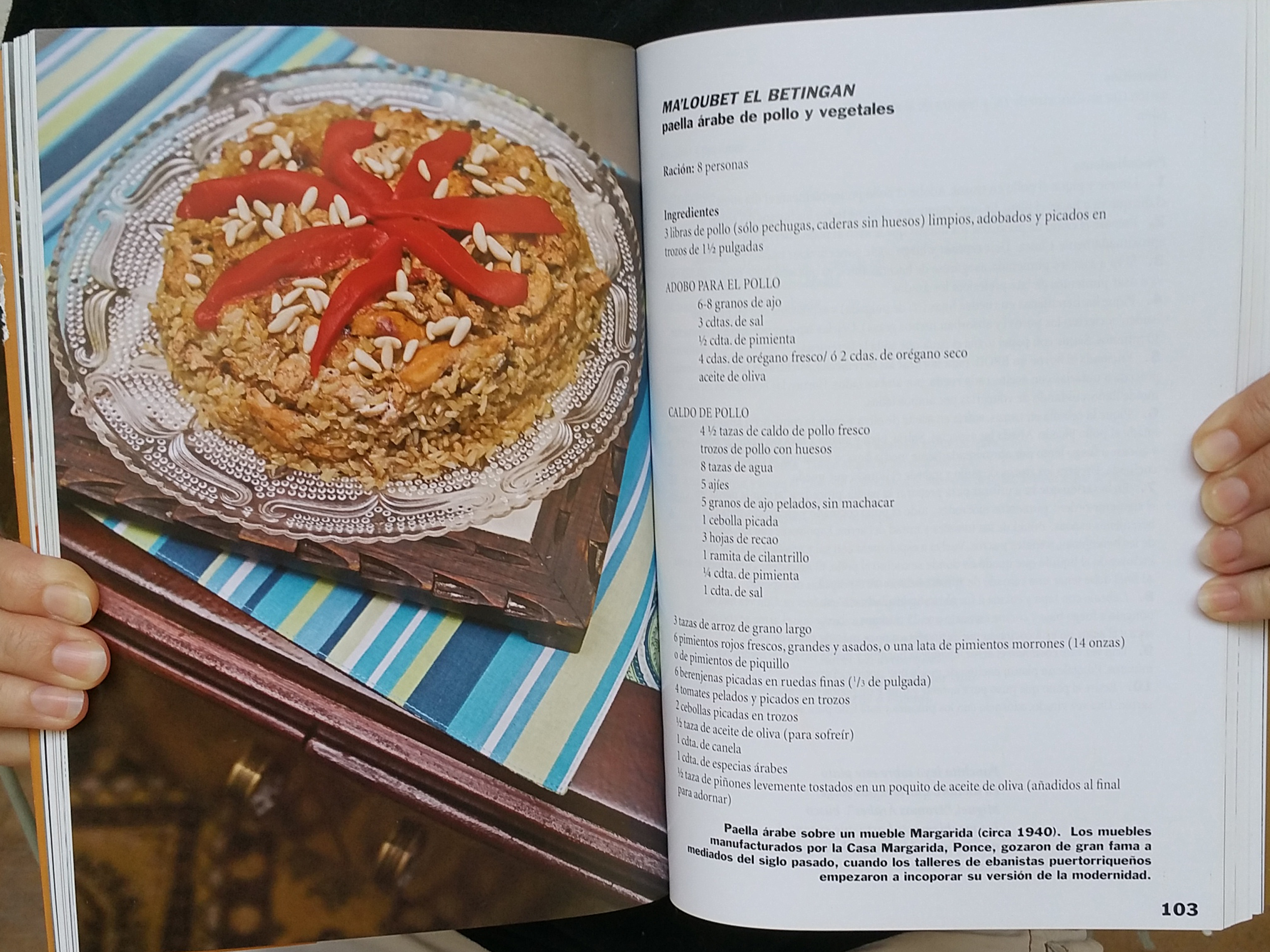 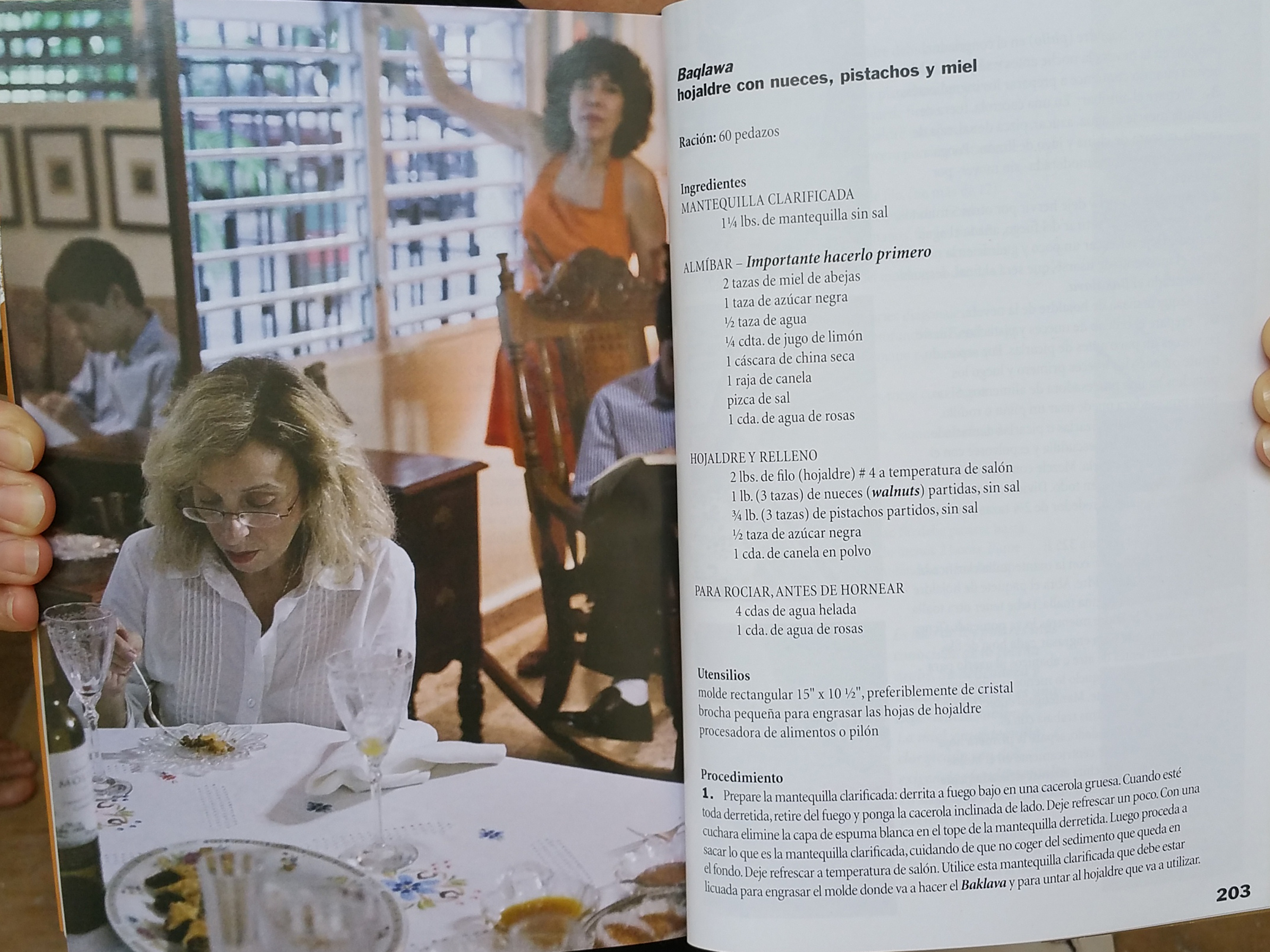 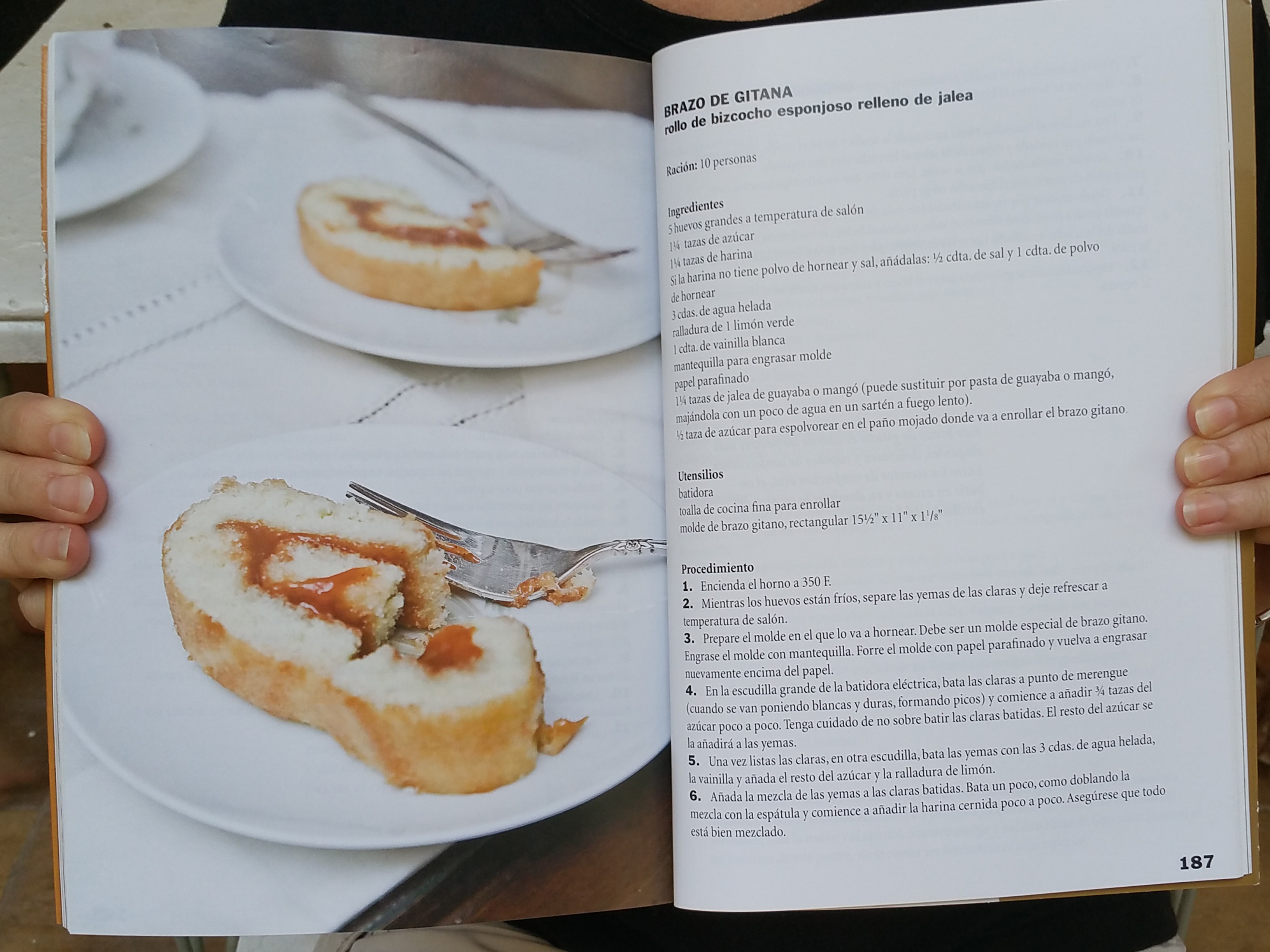 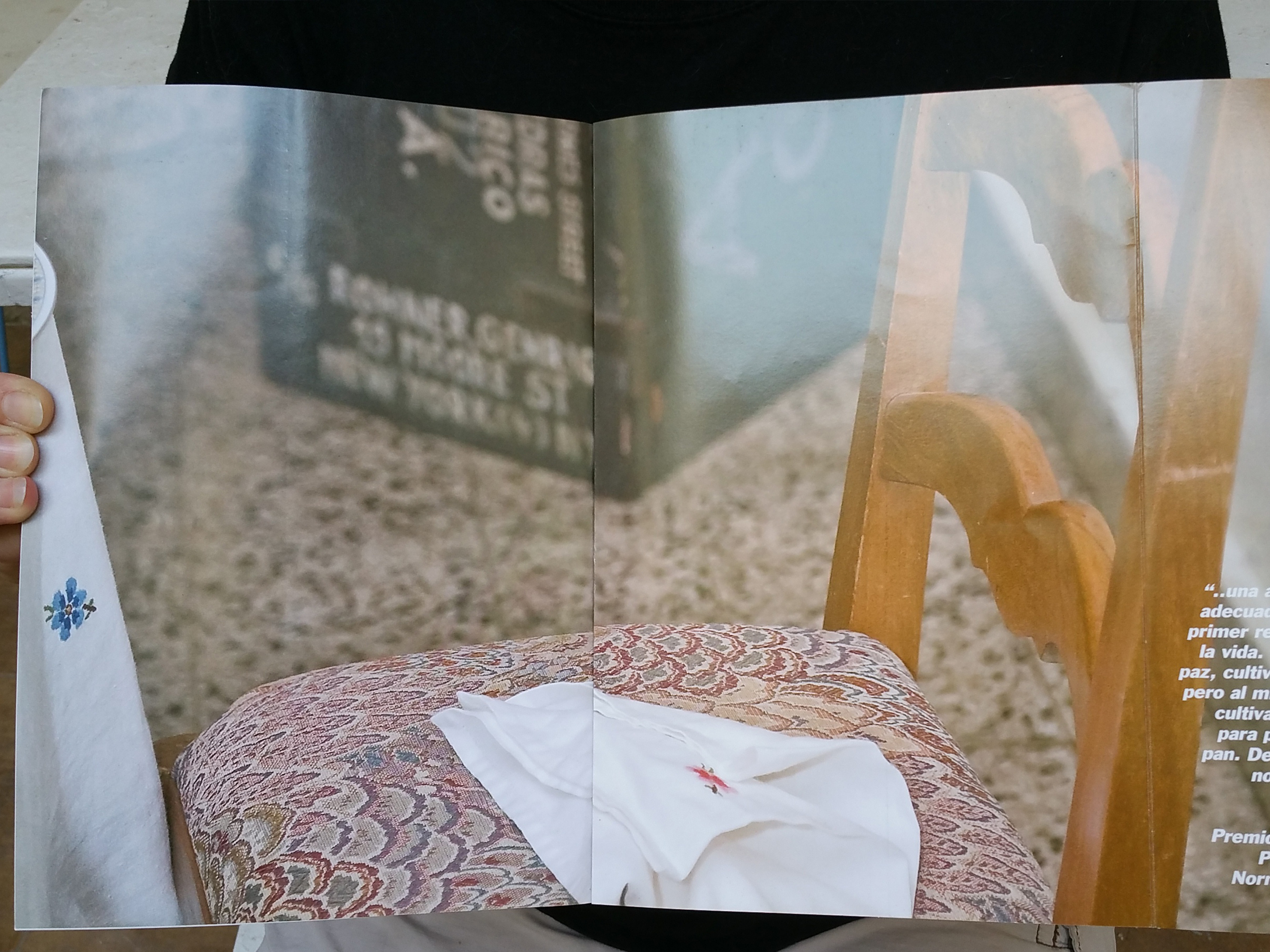 The clients, the Azize-Vargas family (2010), have Lebanese heritage.

They wanted to publish their family cooking recipes.

We approached this work by eating with the Azize-Vargas family and listening to the their family stories.

In order to emphasize the storytelling aspect of an actual session of food preparation for a sit-down family meal, we asked photographer Jason Mena to collaborate in this project. From O’Neill’s published paper Quick Recovery in the Design Praxis (2013), here’s a description of the exploratory mode of production that was used:

The photos taken during lunch were not staged. All the objects in the photographs that were used were what the family had available. This helped articulate the locality of the scene (…) Discussions about the photographer’s memories with his grandmother and references to the researcher’s [O’Neill] own childhood were tapped in as a way to intertextualize the project in a non-nostalgic form. Notes about the cultural artifacts inside the house—from a mid-modern poster to furniture designed by local designers—were emphasized in the book. The researcher asked the client to write down her own memories about the recipes, adding localization to the design layering […] During the lunch photo shoot, a thunderstorm passed through and natural light was lost; water also flooded the car driveway (it is a small house, and the dining room was nearby). It was out of the question to cancel the photo session, so the call was made by the researcher to continue, as there was no intention to hide the events of that day but to instead use them as part of the photo session (e.g., a photo of the client closing windows during dinner talk).

The resulting book, Delicias Panchita, consists of approximately 100 recipes, and is divided into three topics: Appetizers, Main Courses and Desserts. It also includes a section on spices and home gardens. The recipes are Lebanese recipes from the Azize family that Doña Panchita, the matriarch of the family, learned from her Lebanese mother-in-law yet nonetheless adapted with the primary objective of promoting the preparation of simple-but-healthy recipes, and to encourage families in the community to eat together.

We used Doña Panchita’s own home as “set” to understand the kitchen dynamics between her and her daughters while cooking together; this also served as a form of immersion for the creative staff. The photos by Mena were linked together in a poetic and theatrical narrative. O’Neill’s creative strategy was:

..[it] hopes that the cookbook’s readers achieve emphatic feelings based on their own memories of cooking and sharing food. This can also be attained through the “reading” of the visual story inserted in parts throughout the cookbook […] All previous preparations, like the visit to the market, were also photographed. Backstage details, such as dirty dishes, the preparation of the meal, and the leftovers, were shown in an emphasized manner (entropic characteristics).

The book is currently in its third edition. For detailed online reviews on Delicias Panchita, please go here and here.