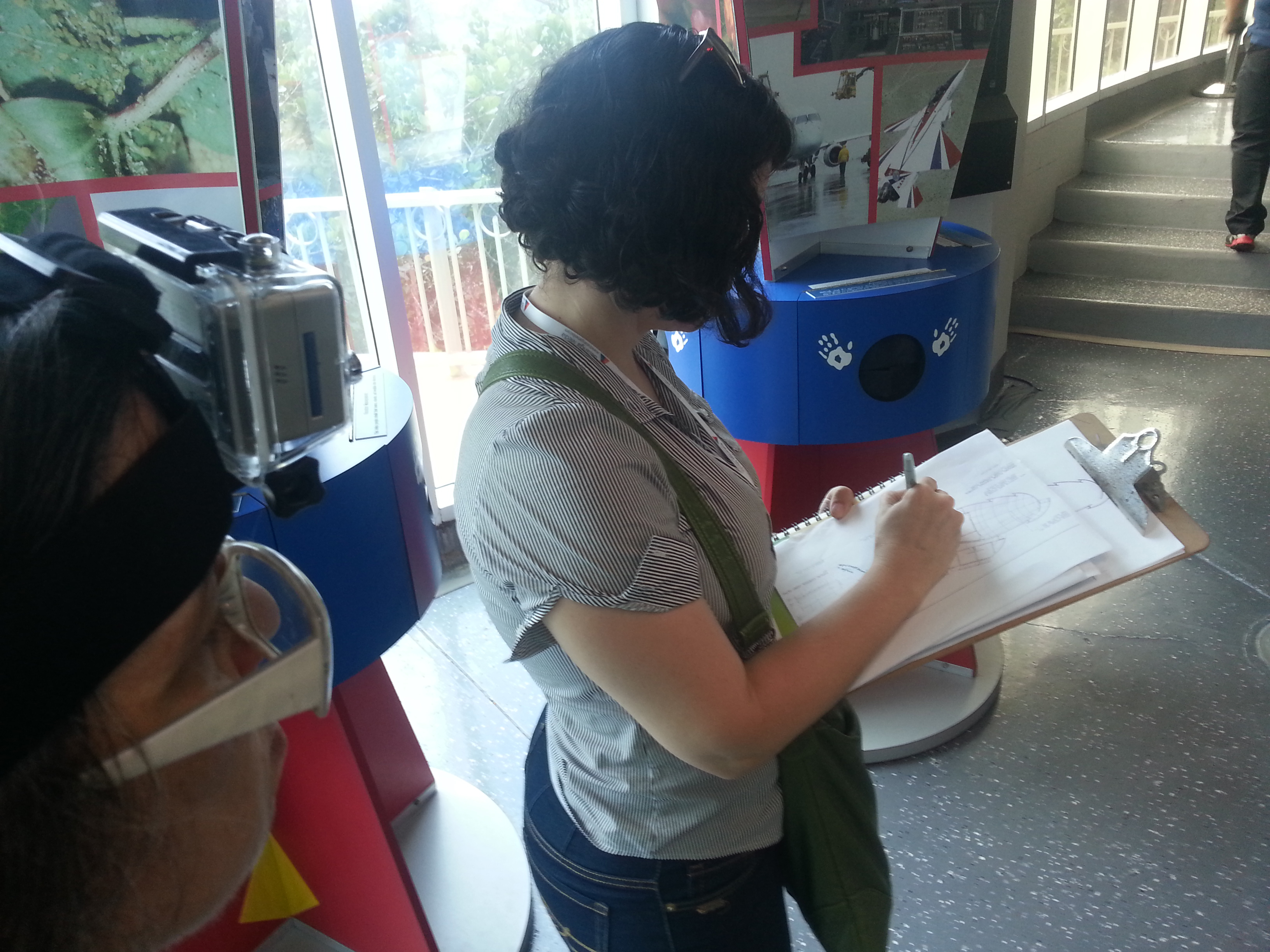 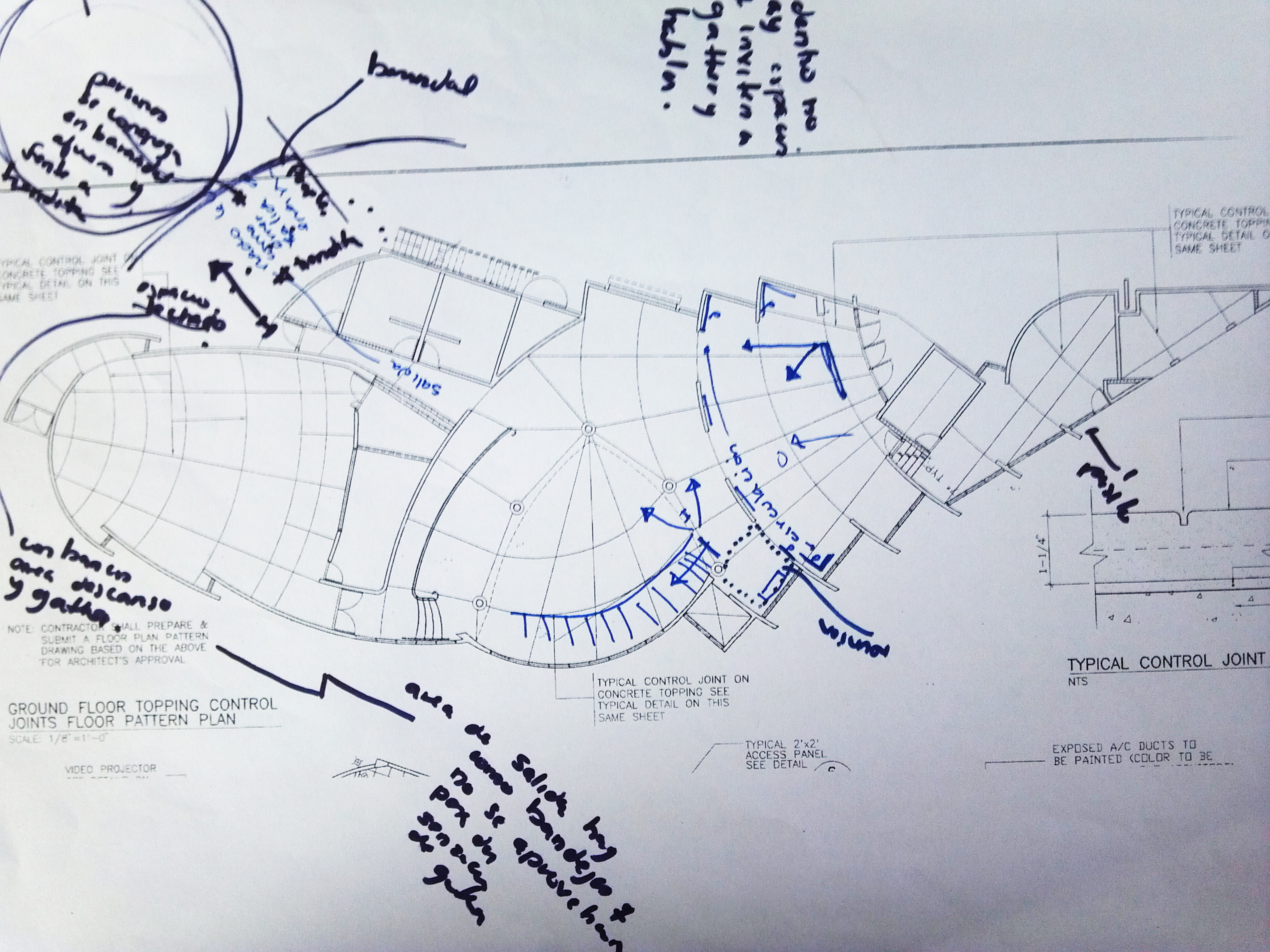 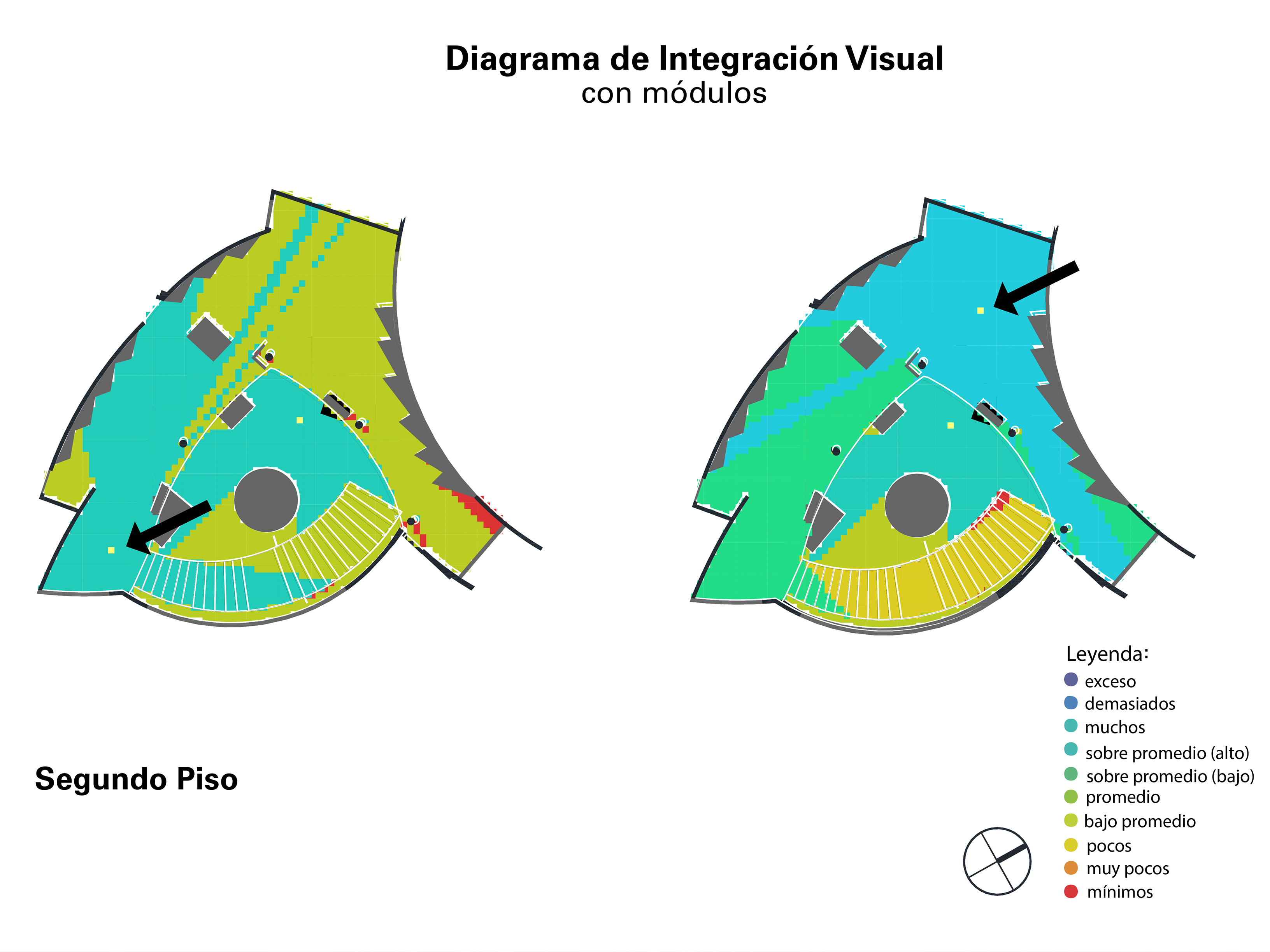 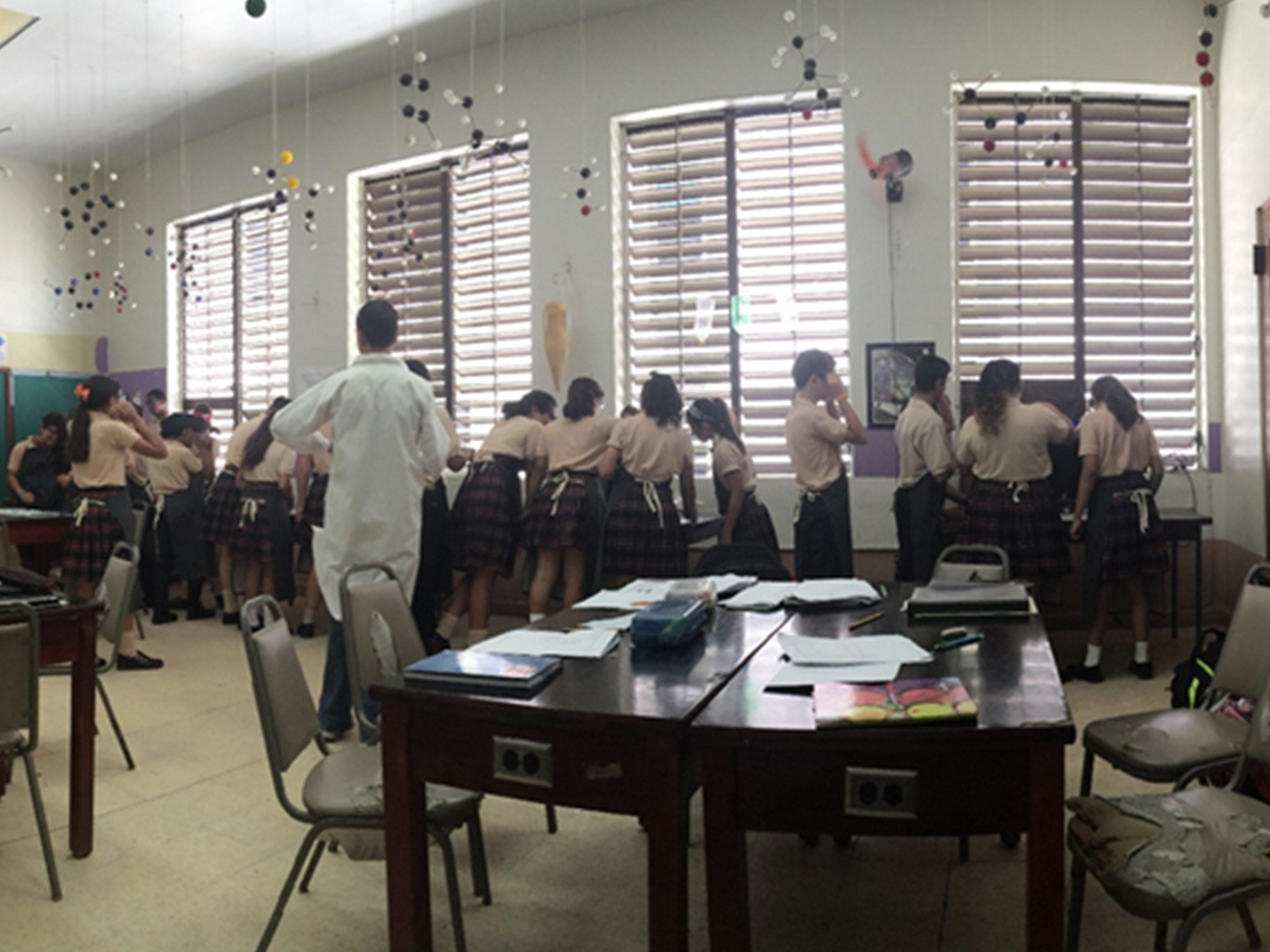 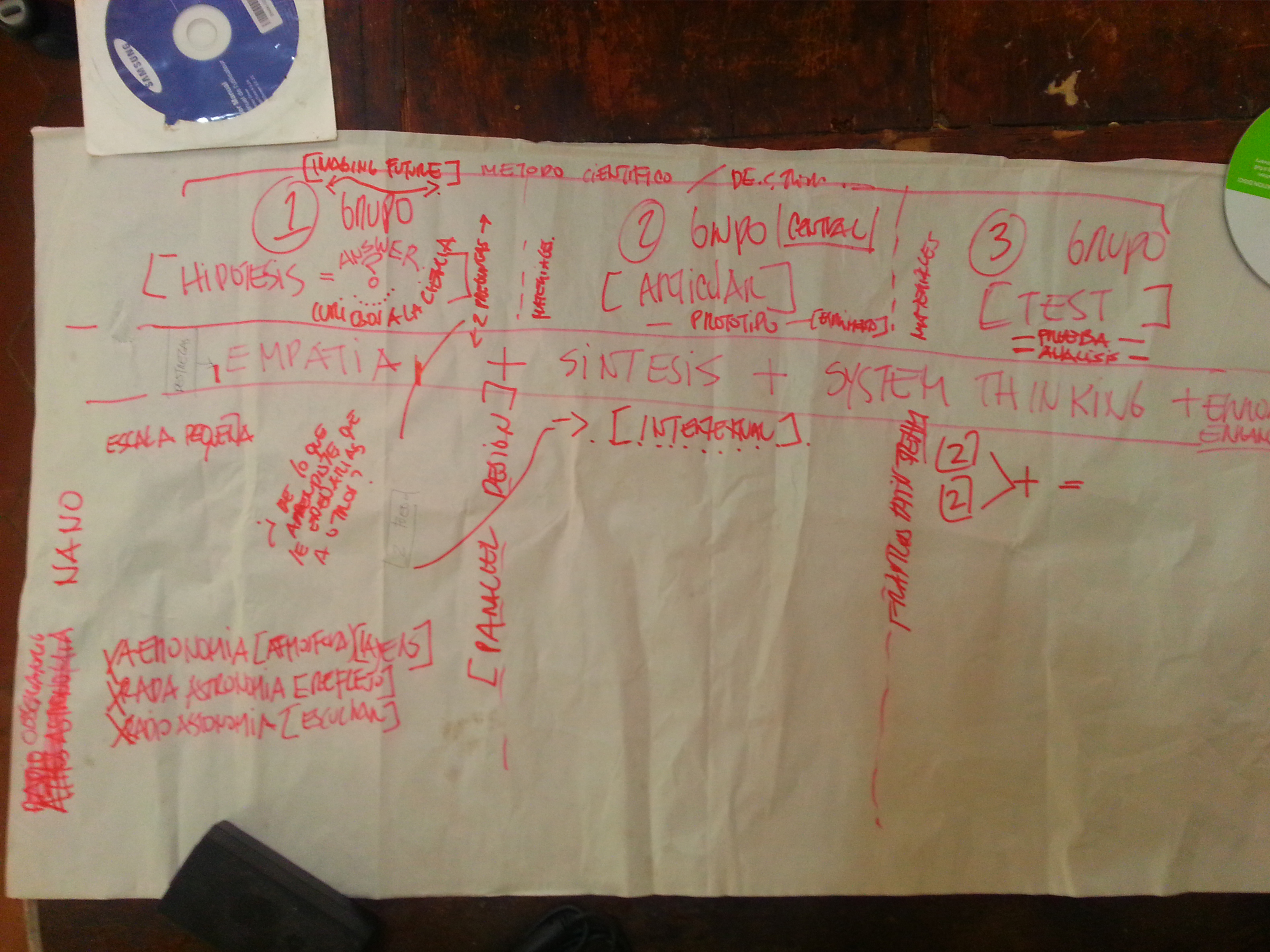 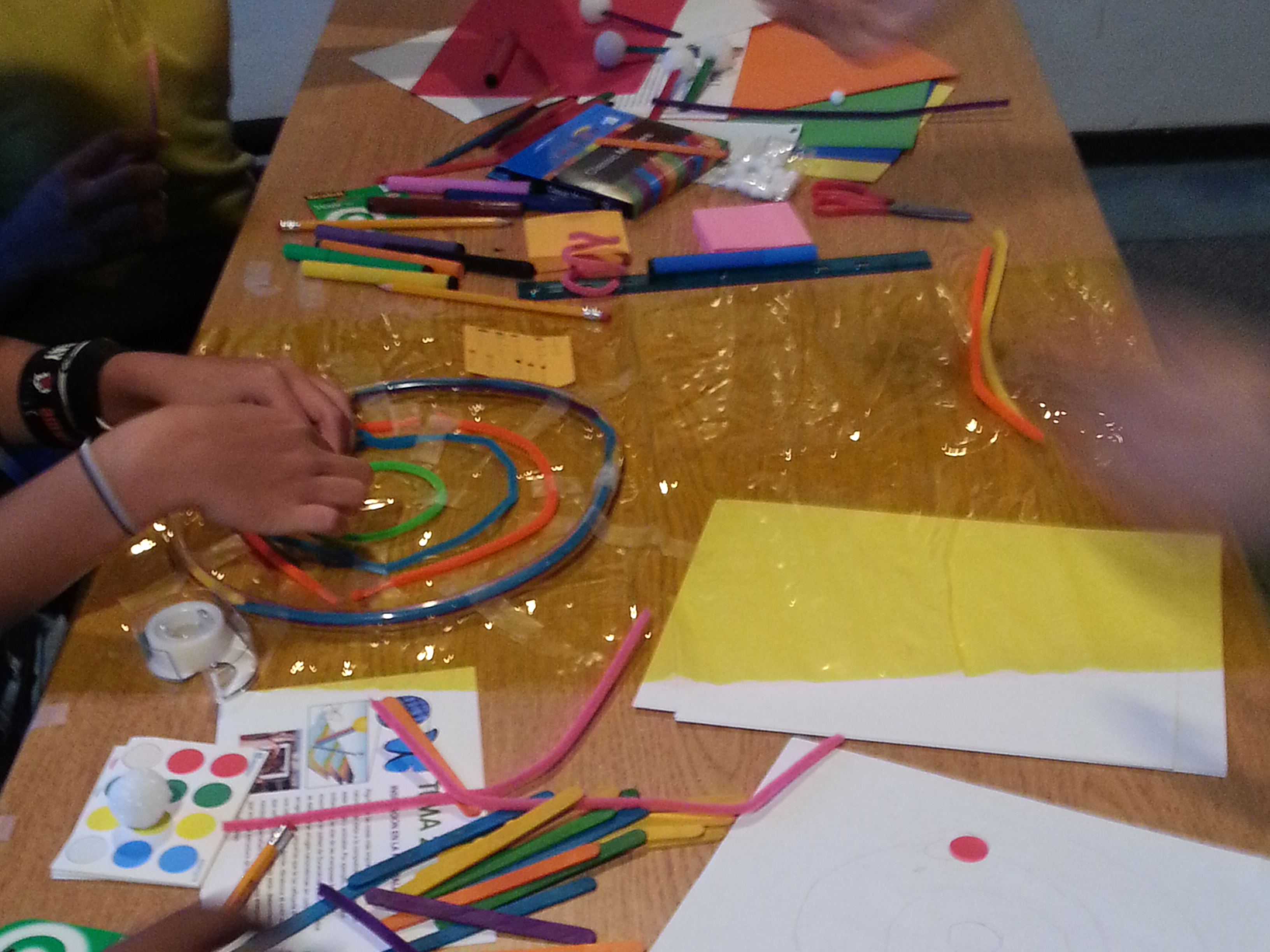 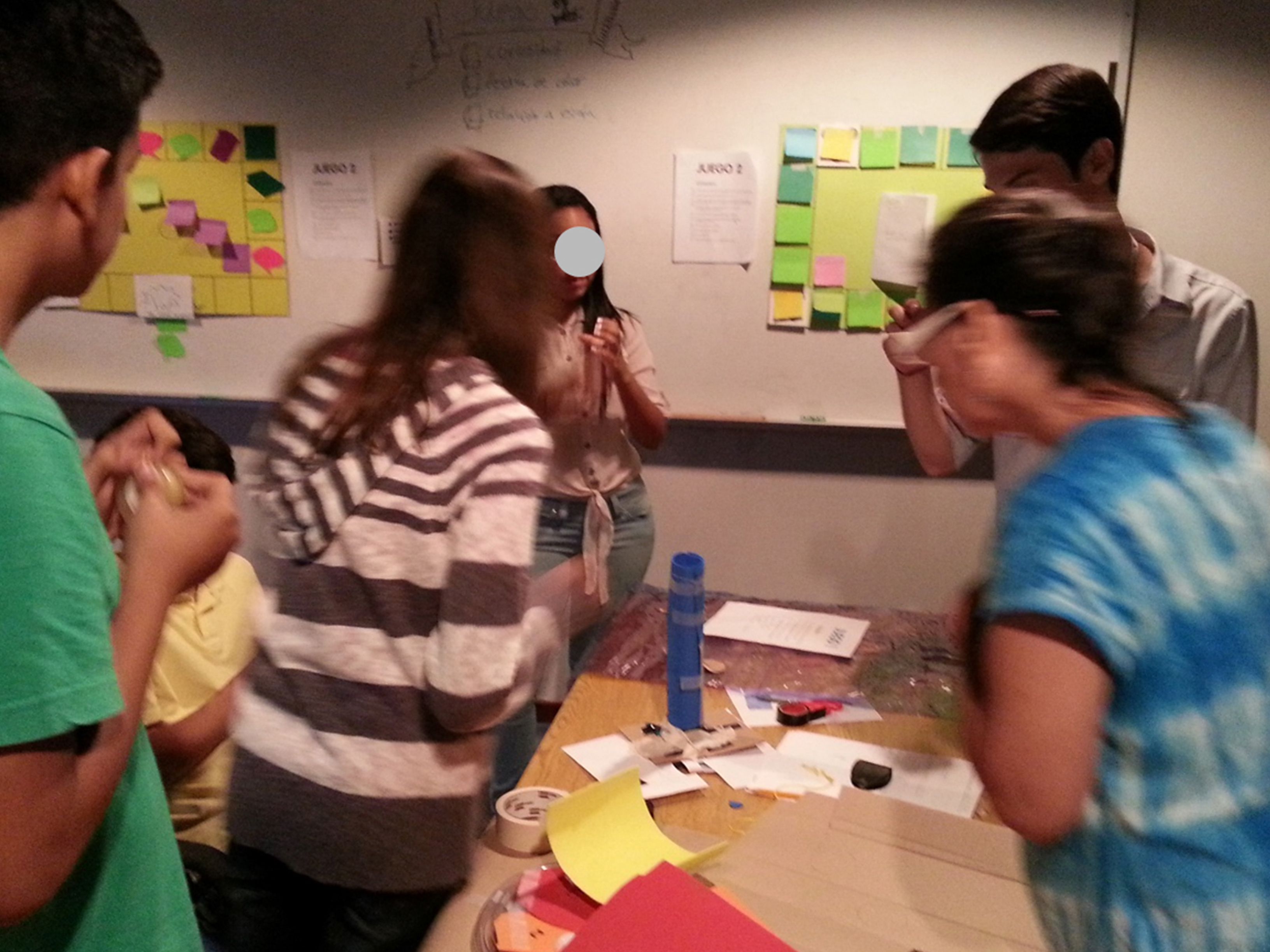 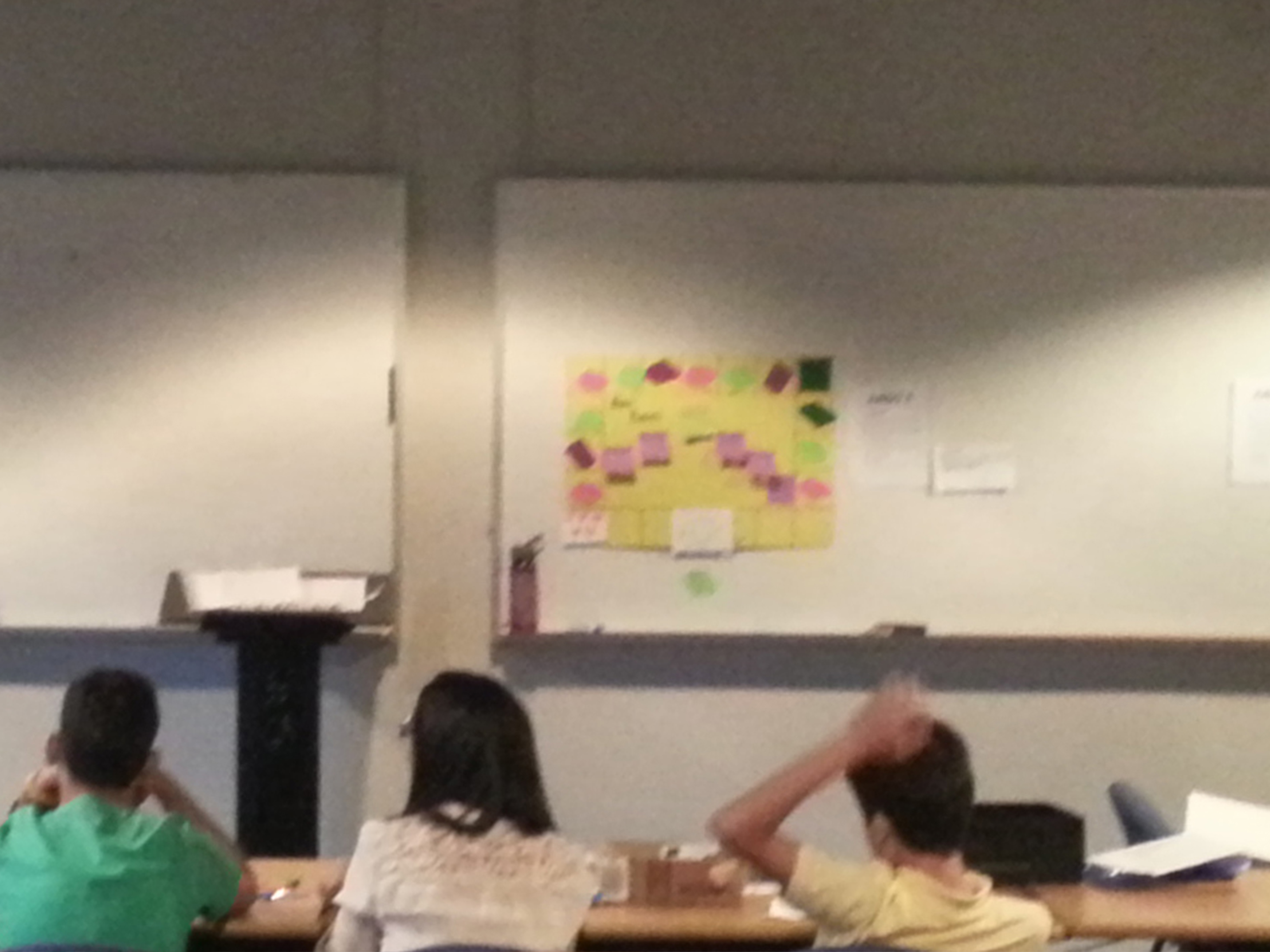 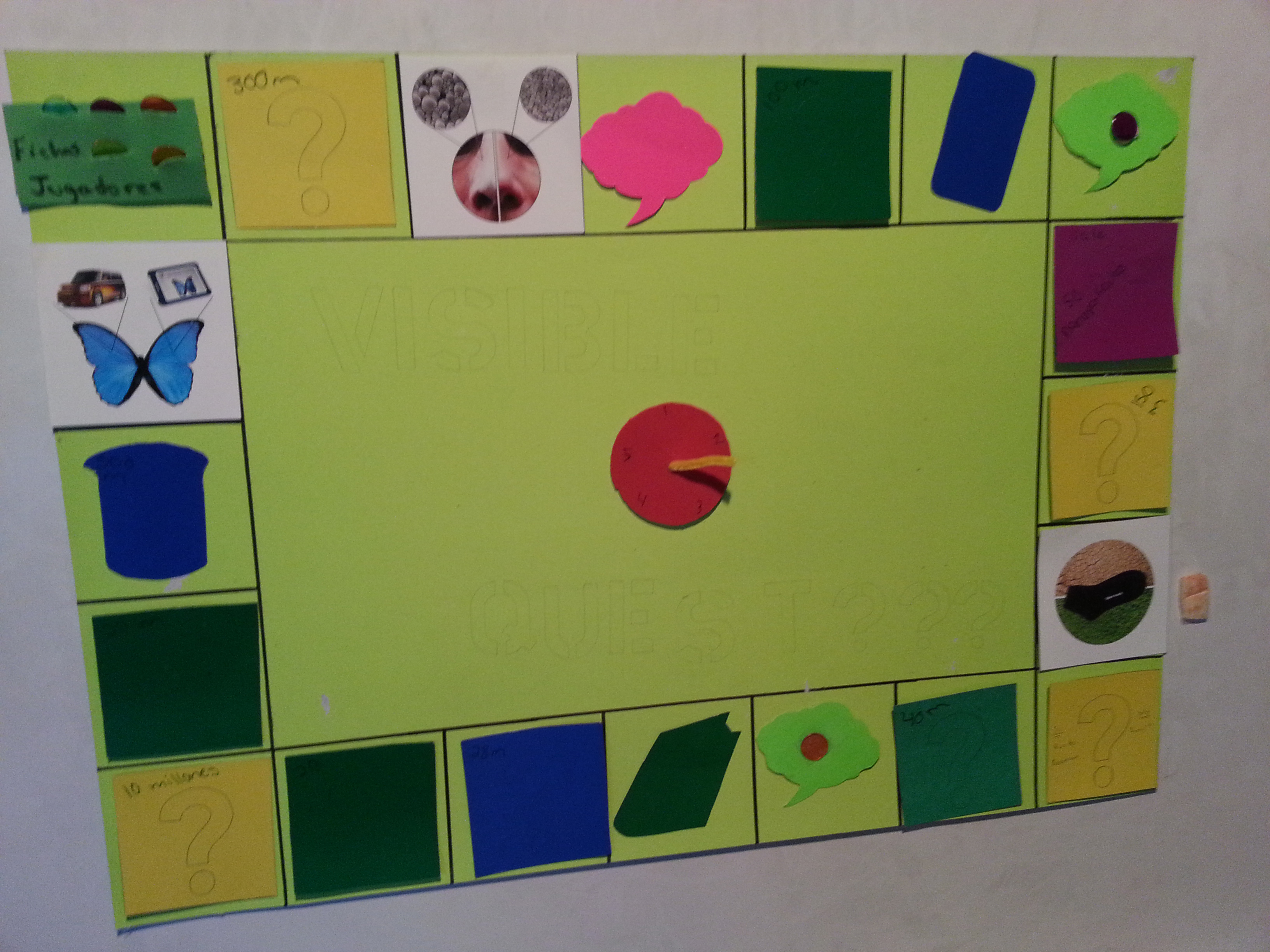 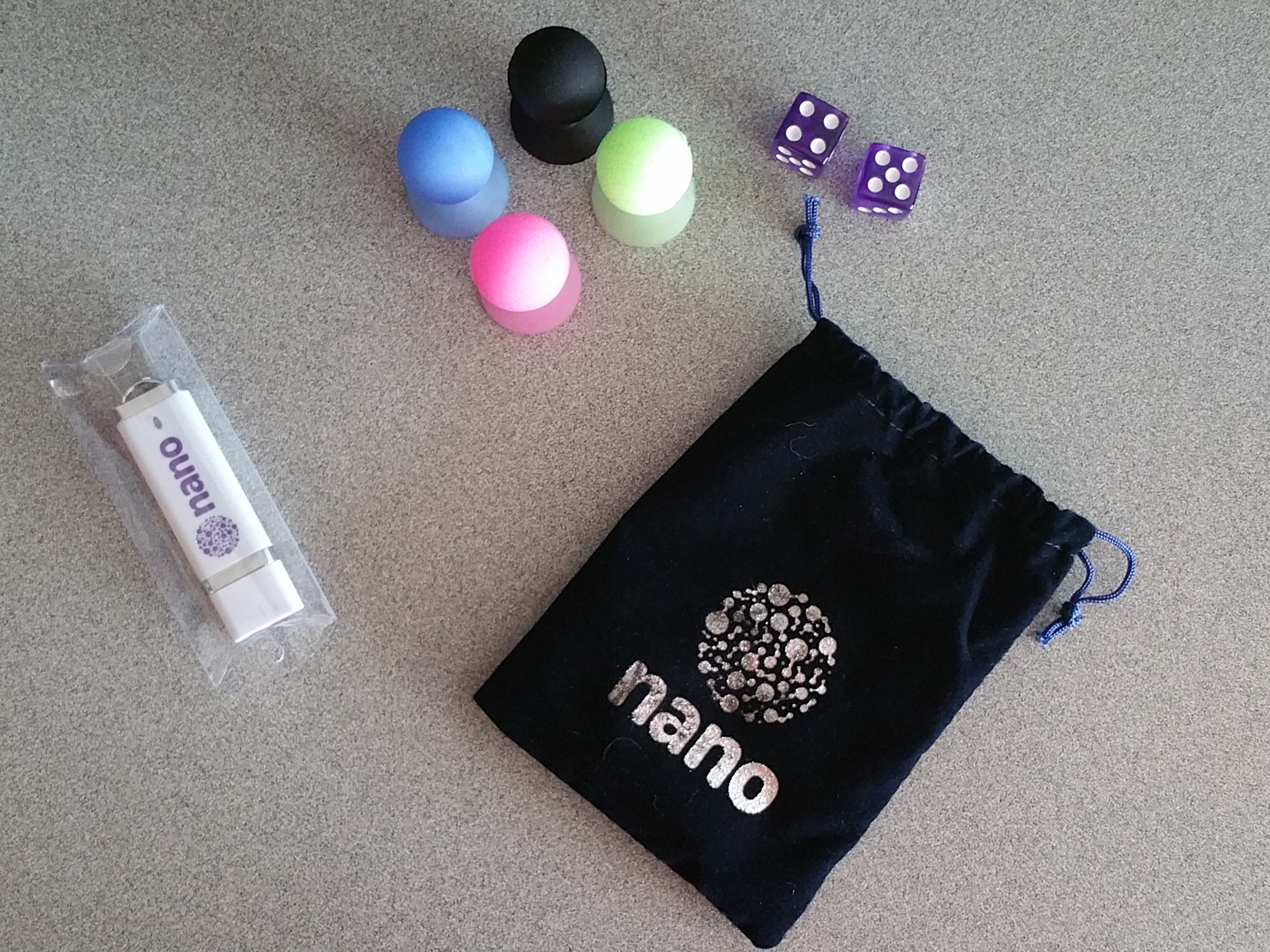 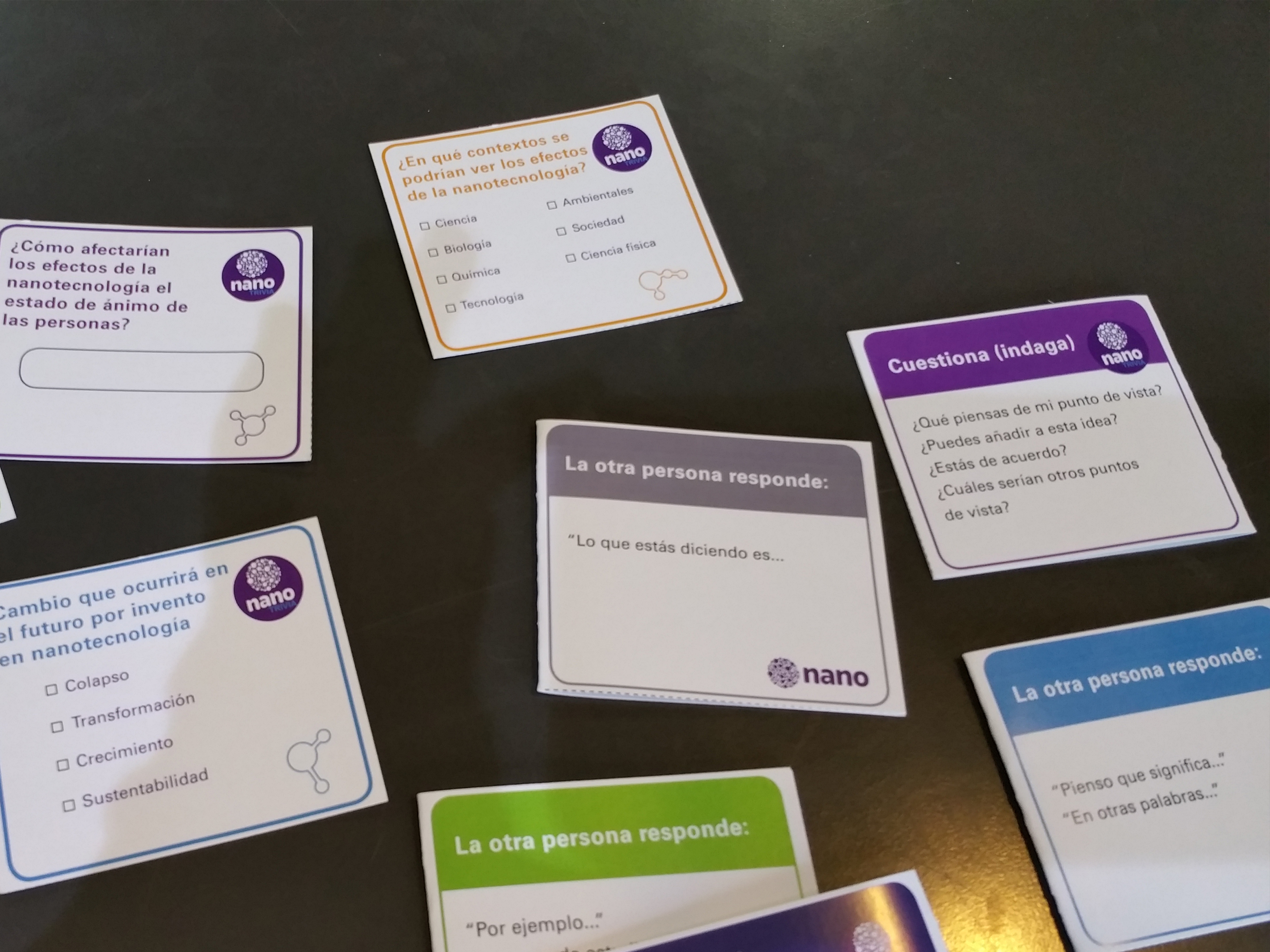 Cards Based on Design Fiction and Academic Conversation 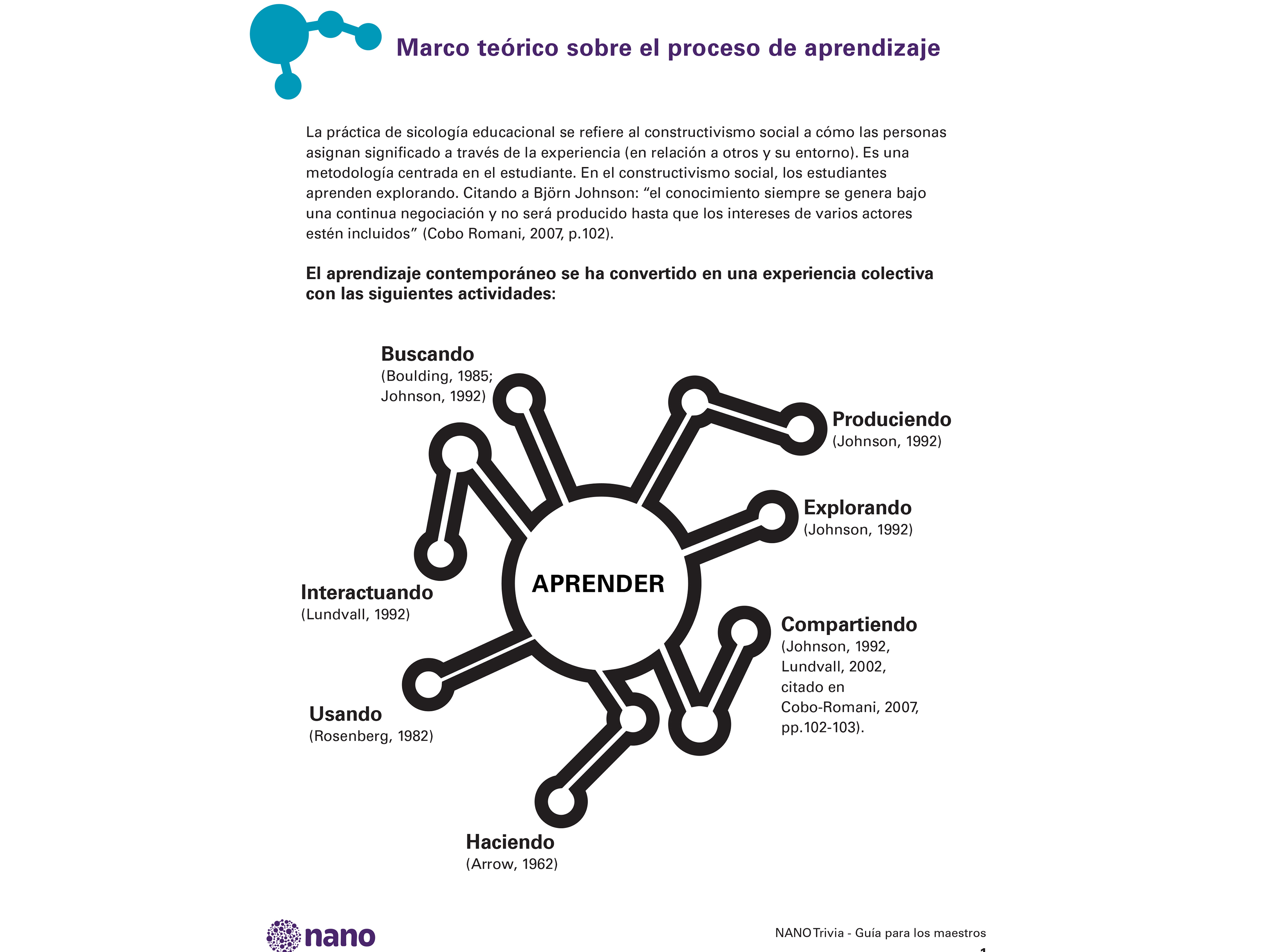 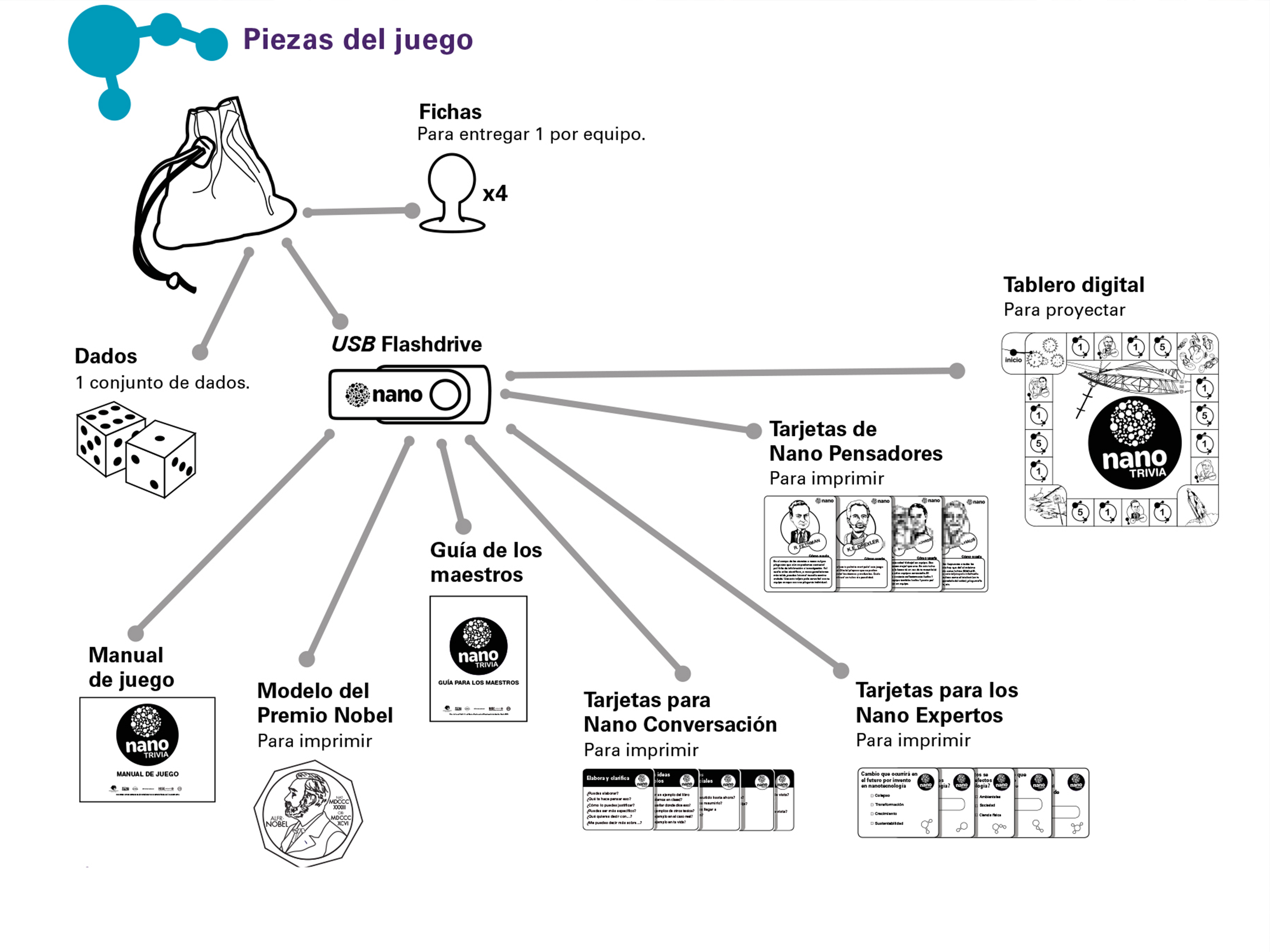 Diagram of the Digital Game for Science Teachers 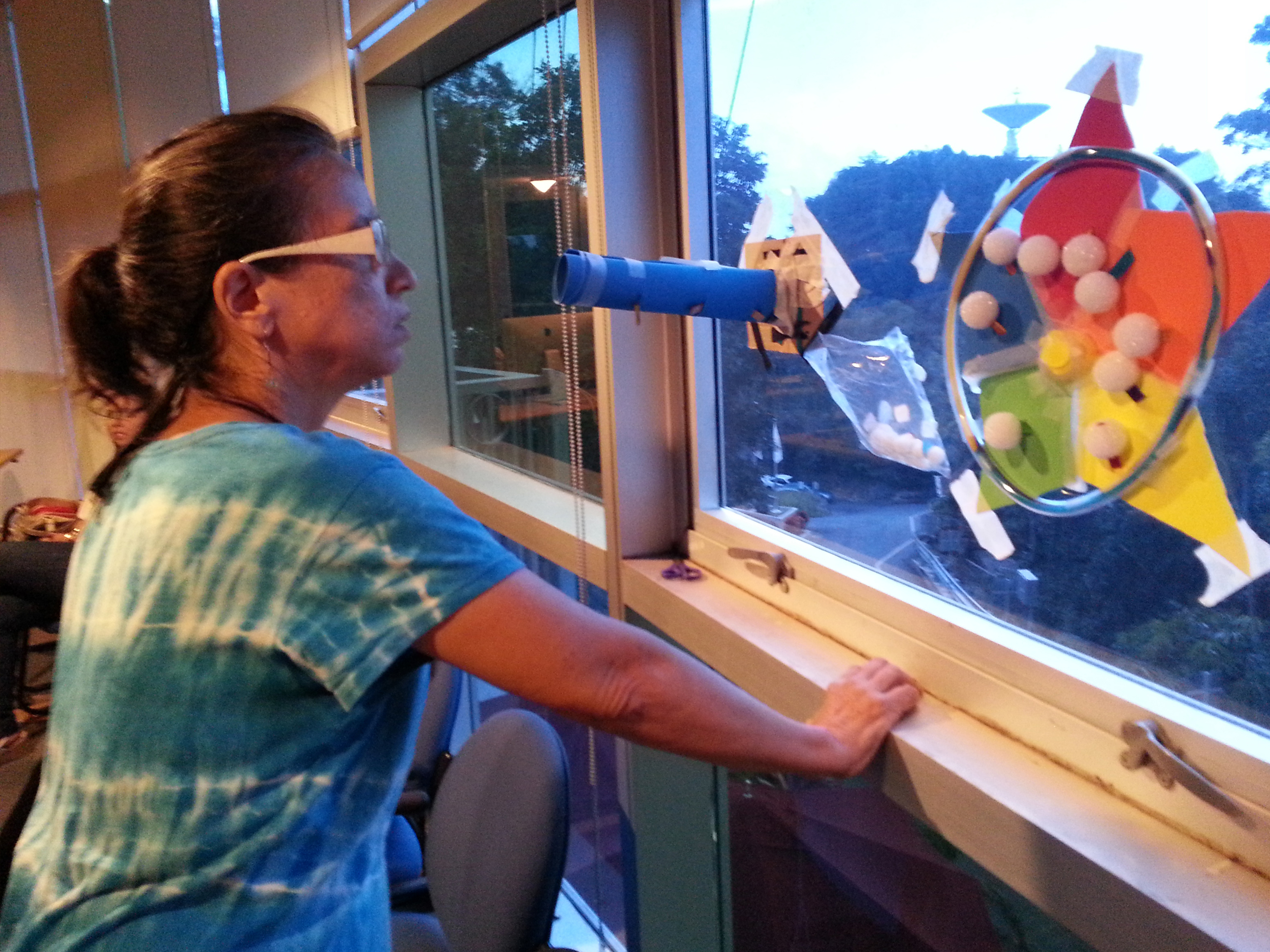 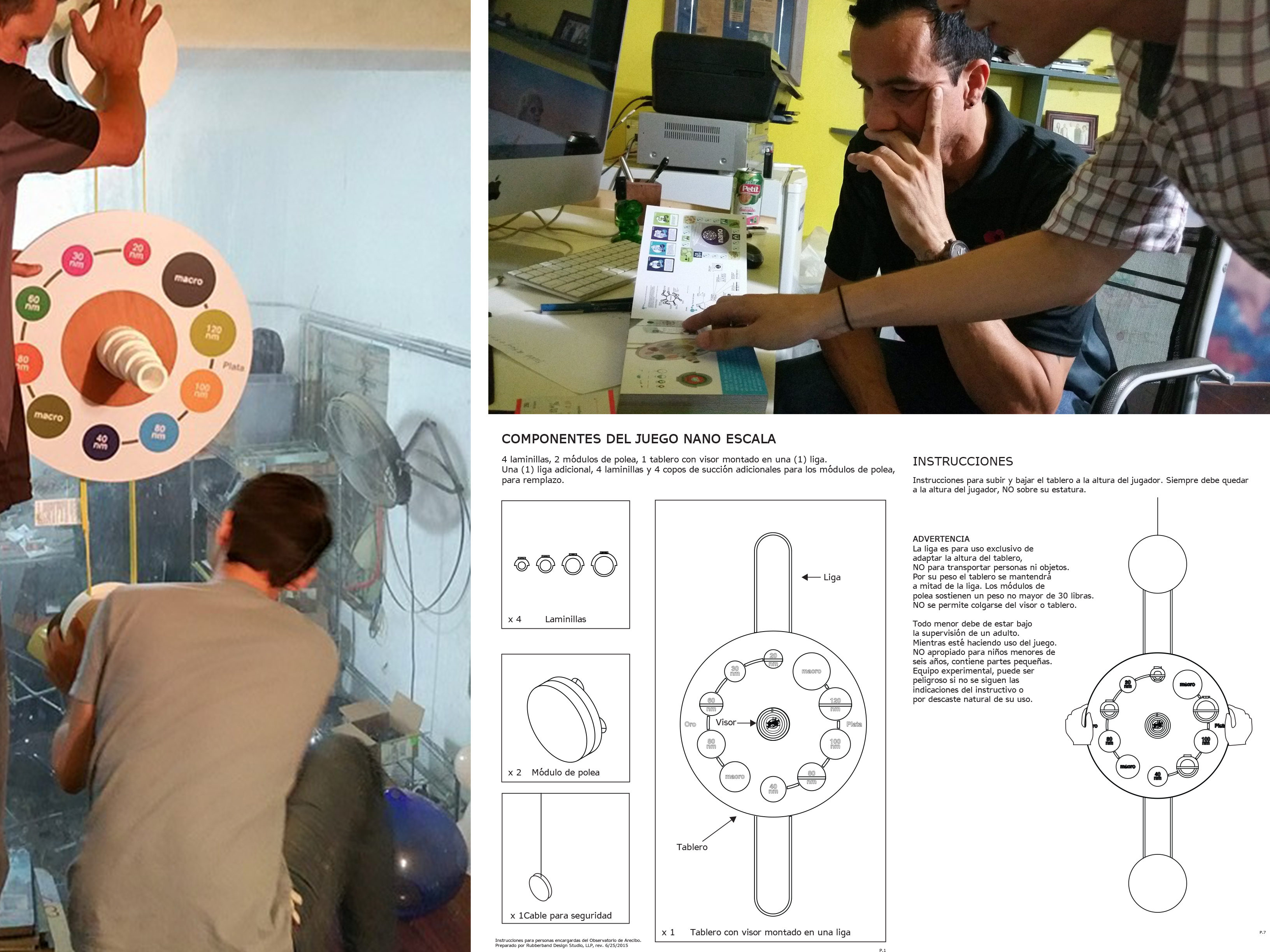 Álvarez in Production with the Nano Scale Game 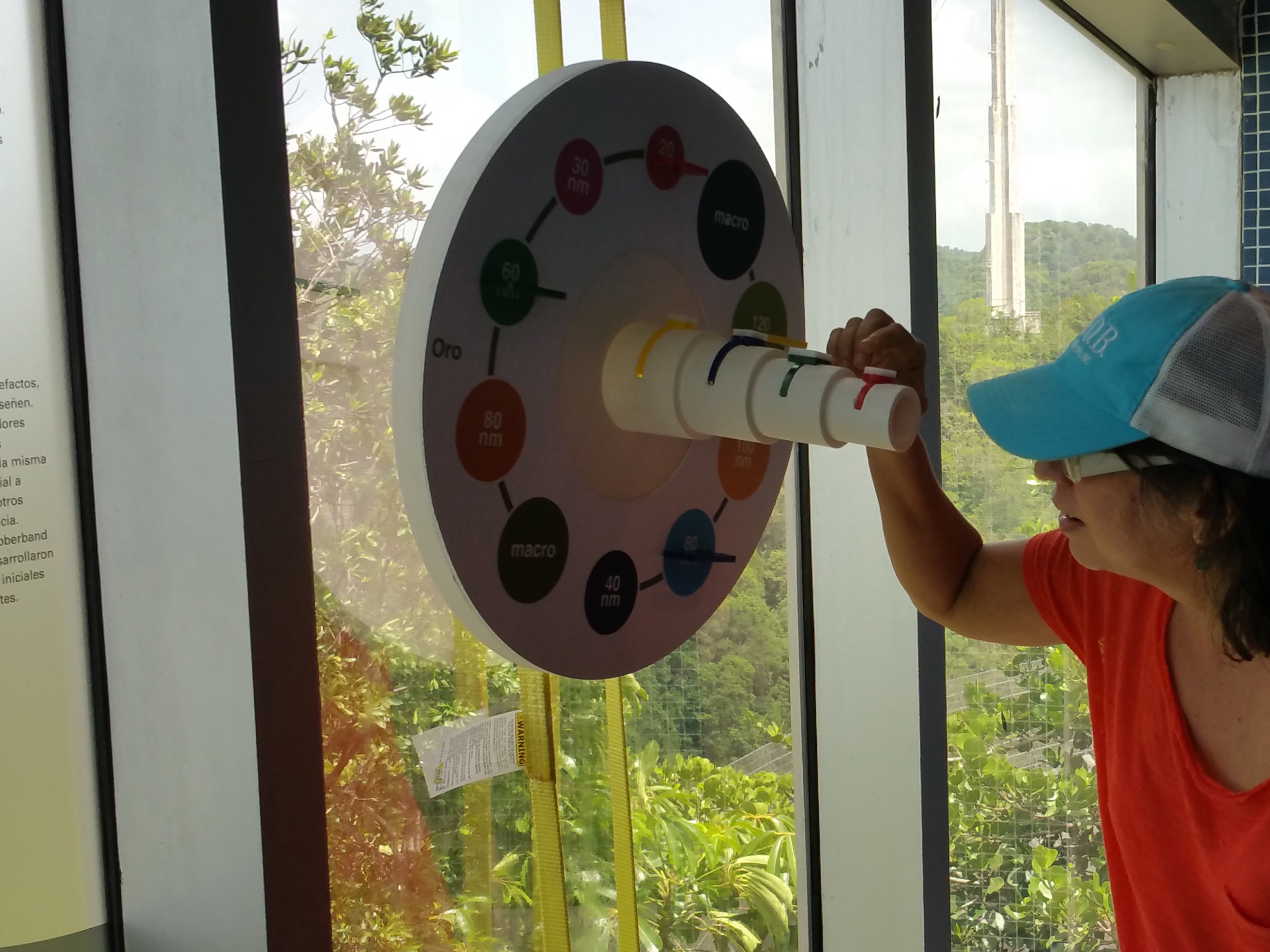 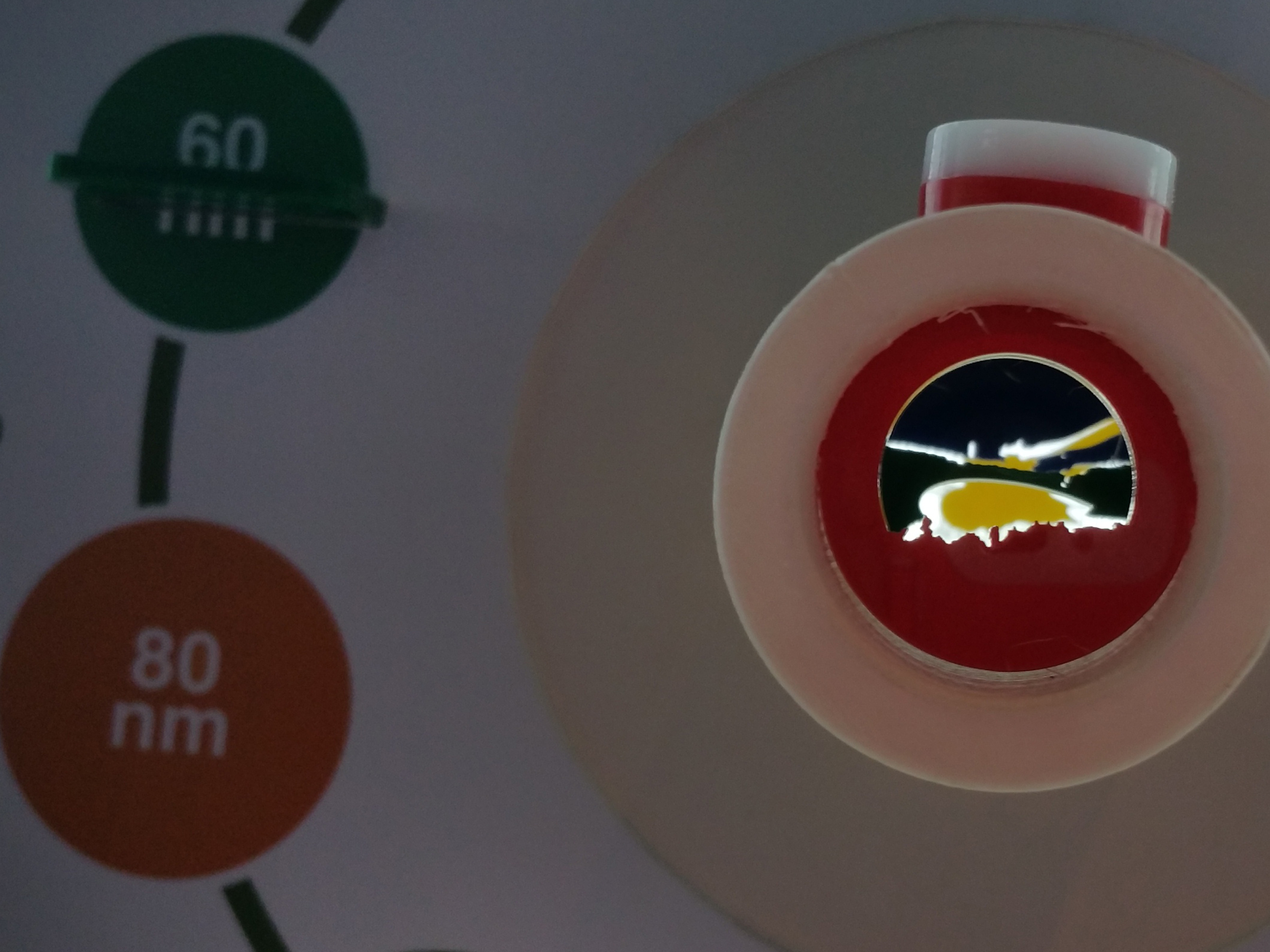 Detail of Nano Scale (Inside the Visor)

The client was Sistema Universitario Ana G. Méndez (for the Arecibo Observatory, 2014-15).

As part of their community outreach program, they wanted to bring people the understanding of science in everyday life.

This design was based on established learning outcomes: System Thinking; Reflective Practice, Executive Function and Empathy. This was all done respecting the initial rapid prototypes of students in the participatory design 2-days sessions. For many of the students this was their first visit to the Observatory.

Sistema Universitario Ana G. Méndez was interested in presenting the NANO exhibition Nanoscale Informal Science Education Network (NISE Net) at the Visitor Center for Education of the Arecibo Observatory. They wanted to establish a correlation between nanoscience and the Observatory’s work through their community outreach program. This exhibition had already been presented at the Casa Roig Museum of the University of Puerto Rico at Humacao in 2013, where Rubberband was in charge of designing a local version. We were able to replicate our methodology, but this time with three diverse groups of 8th graders from the cities of Arecibo and San Juan.

For the exhibition, the visual communication pieces revolved around what nanoscience and the research being done at the observatory have in common: scientific inquiry. We conducted a Desire Line study that allowed us to analyze how the visitors relate to the observatory’s display spaces. The video staff recorded a guided tour, and a field observation was conducted. This study was important not only for the nanoscience project but for future exhibitions.

Two interactive and educational games were designed to address the role of nanoscience in everyday life and in the work at the observatory. Rapid prototypes were created by the students to transmit the concept to their peers and school teachers. One of these games is housed permanently at the Visitors Center. The other, a digital game design as a tool for the teacher, is given to schools for use in the classroom. 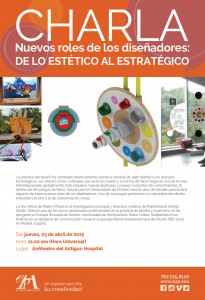 Check out O’Neill video talk about the process.

The game is based on the designs made by the students in the participatory sessions. The goal of this window game is to correctly match the colors and the Nano scale, allowing the viewer to see the rendering of the observatory’s radar. O’Neill chose to install it on a window in order to incorporate the landscape surrounding the site. As industrial designers, and in close collaboration with a 3d printer supplier, Tredé, we were able to articulate the students’ concept very closely. Each color slot has a different shape, so its corresponding piece cannot fit in any other slot. Through the visor, you can view the silhouette of the radar. Marla Cirino, our assistant in visual communication, designed the second game with O’Neill for use in electronic boards at the schools. This decision responded to the findings of the rapid ethnography inquiry; public schools on the island have unreliable Internet access, and the teachers usually need to buy their own materials. So we needed to design a game that was simple to produce and that did not entail additional costs to the teachers. O’Neill, as the head researcher and creative director, was in charge of establishing the educational framework and writing the Teachers Guide. Lastly, both games are a result of criteria based on strategic thinking concerning intelligibility and inter-cultural design.

This project was selected from 800 entries in the Bienal Iberoamericana de Diseño, Spain, 2016. 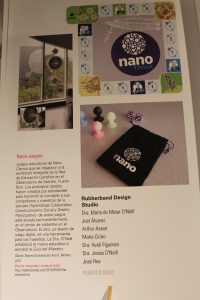 BA from the Industrial Design Program of the Escuela Internacional de Diseño y Arquitectura, Universidad del Turabo, Puerto Rico (2015). In 2013 he was chosen among other design students to represent the Escuela Internacional de Diseño by developing The Balcony, a project that was exhibited in the 51st edition of the “Salone del Mobile”, Salone Satellite, during the 2013 Milan Design Week in Italy. Also that year, Two Squared Studio, a design collective by fellow designers Eddie Figueroa and Álvarez, was chosen to exhibit in Wanted Design NYC under the theme “Design in Puerto Rico”.